THE WASHINGTON POST – During the seemingly endless hours of coronavirus isolation, many are pursuing new educational experiences – trying out a musical instrument or finally picking up that brush to learn the art of painting. For those with more scientific yearnings, and who regret not taking a few courses in college to learn about the physical world, theoretical physicist Frank Wilczek offers a way to catch up. His latest book, Fundamentals: Ten Keys to Reality, attempts, according to the author, “to convey the central messages of modern physics as simply as possible”.

With his clear and joyful voice, Wilczek succeeds very well, and for good reason: Your guide is a Nobel laureate who has solved several problems in modern physics, including how the strong nuclear force operates. He even hypothesised some new elementary particles along the way (one a candidate for the mysterious dark matter that fills the universe).

There is no calculus required; this is not Physics 101. Instead, Wilczek talks about modern physics and cosmology from a more broad-brush and philosophical perspective, often linking their findings to the real world – how they affect us. In this age of rising skepticism, he wants his readers – whom he imagines to be lawyers, doctors, artists, parents or simply curious people – to be “born again, in the way of science”.

That approach, of course, was launched with the scientific revolution of the 16th and 17th centuries. Galileo and Johannes Kepler, two of its earliest pioneers, began measuring the world precisely. Isaac Newton then translated those findings into mathematical laws. 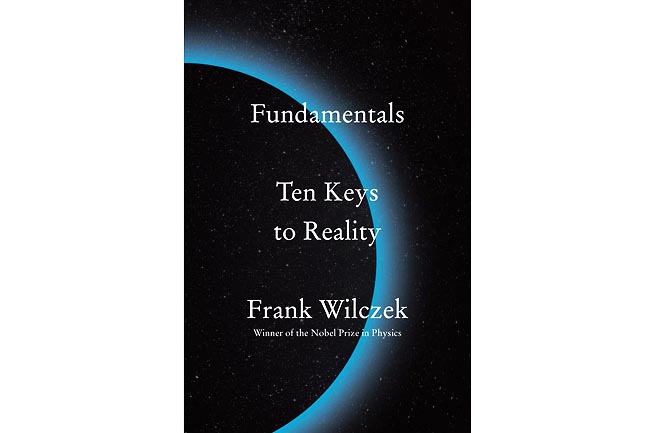 To Wilczek the core lesson for scientists is learning to ask, “What happens next?” Once you find behaviours that are repeatable and universal – through experimentation – you have found the laws of nature. “The fact that the physical world we presently inhabit appears to obey them,” writes Wilczek, “is an astonishing discovery.” He points out that “babies – even animal babies – use that same experimental strategy to get in tune with physical reality”.

And that physical reality can be summed up in three words: space, time and matter. The author imparts a wondrous sense of the vastness of space and how we measure it. And he reminds us that we have more atoms in our body – 10 octillion – than the number of stars in the visible cosmos. “A universe,” he poetically notes, “dwells within us”.

A large portion of the book focusses on the particles that make up that universe and the forces they impart, not surprising given Wilczek’s area of specialty. Physicist Richard Feynman once pondered the one sentence he would pass on to future generations should all scientific knowledge be destroyed. He decided it would be: “All things are made of atoms.” Or as Wilczek clarifies, “All things are made of elementary particles.”

Understanding how those particles originated is one of the triumphs of modern physics. One might say it began in the 19th Century with Michael Faraday, who visualised electrical and magnetic bodies extending an “influence through space, as a sort of aura or atmosphere”. It was these “fields” that transmitted the force at work. This notion soon inspired James Clerk Maxwell to codify Faraday’s image in a monumental law of electromagnetism. And in solving his law’s equations, Maxwell discovered that light was simply a disturbance propagating through the electromagnetic field.

Wilczek beautifully shows how physicists expanded this vision over the decades to cover the other forces of nature: gravity, the strong nuclear force and the weak nuclear force. “We now understand particles as manifestations of a deeper, fuller reality,” he writes. “Particles are avatars of fields.”Each known particle is an excitation within its own field, the way a photon is an excitation of the electromagnetic field.

There are a few bumps in the prose. Wilczek includes some physics jargon that might be difficult for a newcomer to parse, and other concepts (gravity as space-time bending) need more extended explanations. But for the most part, the author strikes a nice Goldilocksian balance between simplicity and comprehension.