Excessive amount of screen time linked to OCD in pre-teens

ANN/THE STAR – Pre-teens who spend too much time glued to their screens have higher odds of developing obsessive compulsive disorder (OCD), a study has found.

This is according to a new study led by University of California San Francisco (UCSF) researchers in the United States (US).

The study was published on December 12 in the Journal of Adolescent Health.

The lead author of the study has warned parents that excessive screen time can have a detrimental impact on pre-teens’ mental health. 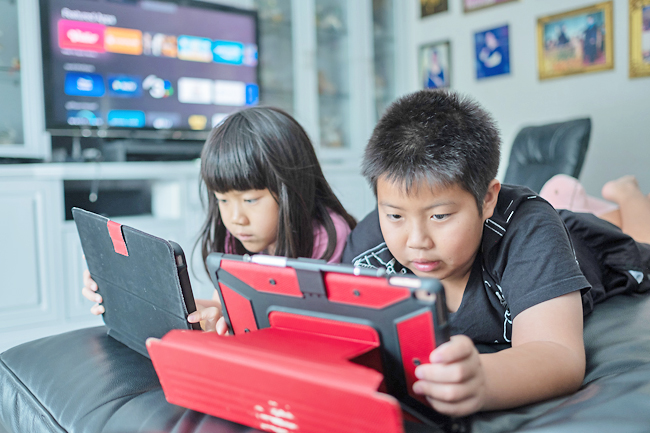 “Intrusive thoughts about video game content could develop into obsessions or compulsions.”

Algorithms and advertisements can exacerbate that behaviour, he added.

OCD is a mental health condition involving recurrent and unwanted thoughts, as well as repetitive behaviours a person feels driven to perform.

“Screen addictions are associated with compulsivity and loss of behavioural control, which are core symptoms of OCD,” Dr Nagata said. Researchers asked 9,204 pre-teens aged nine to 10 in the US how much time they spent on different types of platforms.

The average was 3.9 hours per day.

Use of screens for educational purposes was excluded.

Two years later, 4.4 per cent of the pre-teens had developed new-onset OCD.

Video games and streaming videos were each connected to higher risk of developing OCD.

Texting, video chat and social media did not link individually with OCD, but that may be because the pre-teens in the sample did not use them much, researchers said. Results may differ for older teens, they added.

In July (2022), Dr Nagata and his colleagues discovered that excessive screen time was linked to disruptive behaviour disorders in nine- to 11-year-olds, with social media the biggest contributor.

In 2021, they found adolescent screen time had doubled during the pandemic.

“Although screen time can have important benefits such as education and increased socialisation, parents should be aware of the potential risks, especially to mental health,” said Dr Nagata.

“Families can develop a media use plan, which could include screen-free times, including before bedtime.”

It comes as a separate study warned parents that frequently giving young children mobile devices to soothe them could do more harm than good in the long run.

Some 422 parents, plus 422 children aged three to five, took part in the study from August 2018 to January 2020, with the results published by the journal JAMA Pediatrics on December 12.

The researchers from the University of Michigan in Ann Arbor, also in the US, wanted to know if giving children smartphones or tablets to calm them down would create long-term issues for their executive functioning and emotional reactivity.

The paper found that, particularly in boys or young children with higher temperamental surgency, the frequent use of devices for calming should be avoided.

Surgency “reflects an individual’s disposition towards positive affect, approach, sociability, high-intensity pleasure, reward seeking and a high activity level”, according to the Encyclopaedia of Personality and Individual Differences.

The study concluded, “Although using videos, apps or photographs on a device may be effective in distracting or assuaging a young child’s distress in the moment, the results of this study suggest that this practice may become a more frequent habit with more emotionally reactive children, and that this may worsen their emotion- regulation skills over time.

“Particularly for boys and children with more surgent temperaments, paediatric healthcare professionals may wish to encourage alternative methods and therapeutic supports for emotion regulation from an early age.”