Ex-President Gbagbo back in Ivory Coast after acquittal

ABIDJAN, IVORY COAST (AP) — Former President Laurent Gbagbo (AP pic below) returned home to Ivory Coast on Thursday, a decade after his refusal to concede defeat in a presidential election sparked months of violence that left more than 3,000 people dead.

Gbagbo was extradited to the International Criminal Court at The Hague in 2011 and spent eight years awaiting trial on war crimes charges.

A judge acquitted him in 2019, saying prosecutors had failed to prove their case. The verdict was appealed but upheld in late March, clearing the way for Gbagbo to leave Belgium, where he had spent the past two years.

After coming down the steps to the runway, Gbagbo soon made his way to a vehicle that was then surrounded by crowds as it headed toward the city. He later made a brief but emotional speech to his supporters at his former campaign headquarters in Cocody. “I am happy to return to Ivory Coast and to Africa,” he said before adding: “I know that I am Ivorian but in prison I knew that I belonged to Africa.”

While the government led by his longtime rival President Alassane Ouattara has allowed Gbagbo’s return to Ivorian soil, there already have been concerns about what impact his presence will have on the nation’s political stability. It is not immediately known whether the 76-year-old ex-president will seek to re-enter politics. 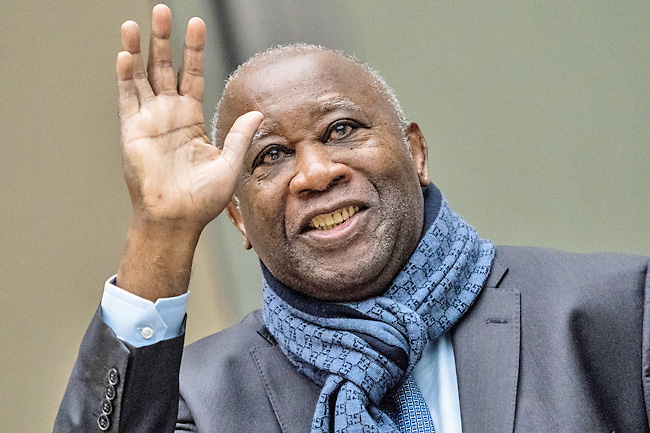