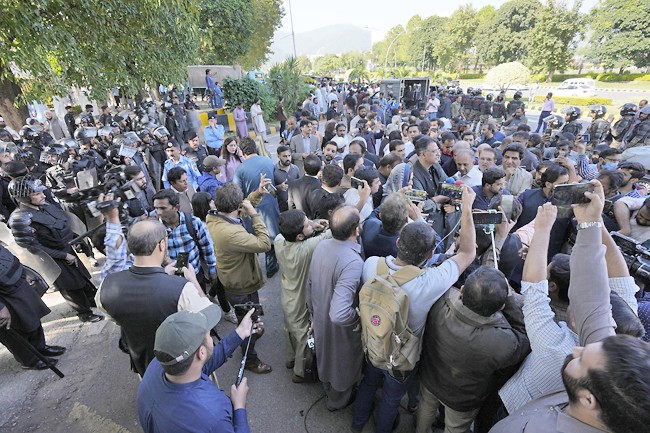 Islamabad (AFP) – Former Pakistan prime minister Imran Khan was disqualified on Friday from running for political office for five years, after the election commission ruled he misled officials about gifts he received from foreign leaders while in power.

The decision is the latest twist in political wrangling that began even before Khan’s April ouster, and is one of several legal battles being fought by the former international cricket star and his Pakistan Tehreek-e-Insaf (PTI) party. Dozens of his supporters attacked vehicles as they left the Election Commission of Pakistan (ECP) headquarters after the ruling, and police detained one of Khan’s security guards after he fired a shot into the ground.