FRANKFURT (AP) – Europe is leading the push into battery-powered cars as electric vehicles (EVs) enter the mainstream – even as the industry faces challenges including supply shortages, a spotty charging network and a looming recession.

The electric-as-routine approach is on display this week at a slimmed down Paris auto show as carmakers show off models aimed at fulfilling Europe’s promises to phase out internal combustion cars by 2035. Automakers at the show include Chinese manufacturers who analysts say are making rapid technological progress as they explore expansion into Europe.

Here are major themes from the Paris show, which opened to visitors on Tuesday through Sunday at the Paris Expo Porte de Versailles exhibition centre:

Cars with an electric motor made up 41 per cent of sales in the second quarter in Europe, with 9.9 per cent battery-only cars and the rest hybrids that combine electric power with internal combustion, according to the European Automobile Manufacturers’ Association.

Gains have come because of regulatory pressure, tax breaks, improving battery range, and a wider range of vehicles to purchase.

“The electric revolution is in full swing,” wrote analysts at Sanford C Bernstein research firm. “Car manufacturers are finally pivoting to EVs and consumers are buying every EV they can find.” Bernstein analysts say that electric cars are “no longer a niche” and that “Europe will likely lead the way” due to tough emissions requirements. 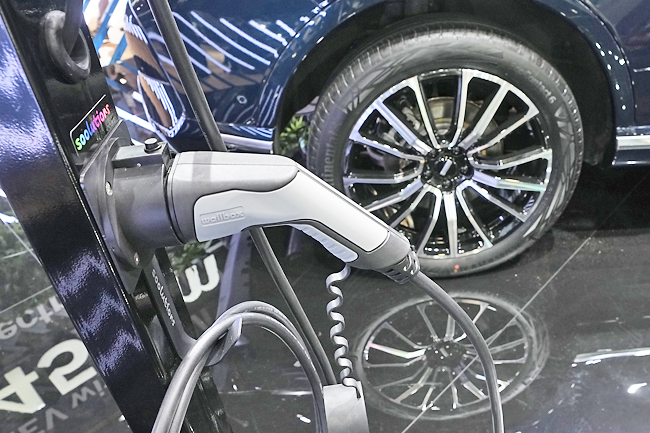 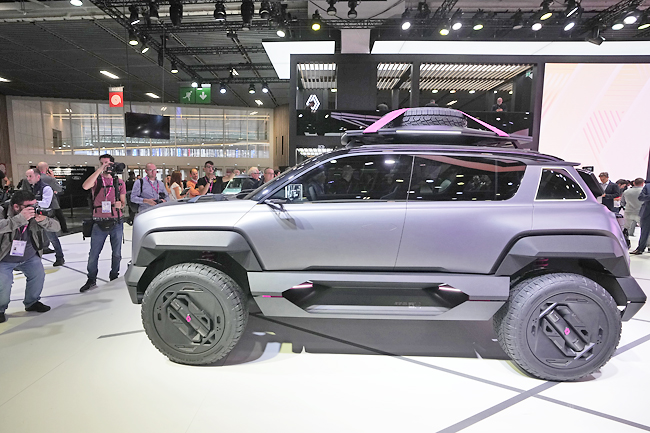 By 2025, a quarter of all cars sold worldwide will likely be battery-only or hybrids that combine internal combustion with electric motors, they forecast.

Uptake has been slower in China, where the higher cost of producing electric cars leave them beyond the purchasing power of many consumers despite government incentives.

Battery and hybrid cars were 13.8 per cent of the market for all of 2021. In the United States (US), regulatory pressure from government emissions requirements has waxed or waned depending whether a Republican or a Democrat is in the White House; the electric share was around 4.5 per cent in 2021.

At the Paris show, electrics are now the rule among major unveilings. They include Stellantis’ battery powered Jeep Avenger small SUV and the Peugeot 408 plug-in hybrid, while Renault has an electric version of its Kangoo small van and a rugged-looking SUV concept car dubbed the 4Ever Trophy. Mercedes-Benz unveiled its EQE crossover at an off-site event at the Rodin Museum on the eve of the show.

There’s still a long way to go before 2035, when European Union (EU) emissions regulations require a 100 per cent reduction in tailpipe emissions of carbon dioxide from autos, which in effect mandates that all new cars are electric. It’s part of the EU’s push to meet its commitments under the 2015 Paris climate accords. Carbon dioxide is the primary greenhouse gas blamed by scientists for climate change.

The Paris auto show – officially the Mondial de l’Automobile – is back for the first time since 2018, but has been noticeably scaled back since the last edition drew more than a million people.

It has been shortened to six days instead of 11 and is missing major automakers such as Volkswagen and BMW from next-door Germany. Instead, the focus is on the French home team: Stellantis’ Peugeot, DS and Jeep brands and competitor Renault.

Paris formerly alternated every other year with what was then the Frankfurt show as Europe’s major auto exhibition. The 2020 Paris show was lost to the pandemic, and in 2021 the Frankfurt show shifted to Munich and moved some aspects out of doors or online while including bicycles. It drew 400,000 visitors, down from 560,000 in 2019.

The hangover from the pandemic and its disruption of travel, along with environmental concerns and changing ideas about how to market cars, have impacted auto shows.

Companies often prefer to unveil new models on their own, often with an online component, without the expense of a large auto show stand or putting their product next to umpteen competitors. The annual Geneva show was cancelled in 2020 and has not returned at its Geneva base. It plans a show in Qatar in 2023.

A key presence alongside the French companies will be Chinese market entrants BYD, which is showing off three EVs, and Great Wall, whose Ora brand is expected to display the Funky Cat compact.

BYD offers the Atto 3, a five-seat, mid-size SUV “with European customers in mind”. The company says the design fuses European and Chinese culture through “dragon face” design language in which headlights and horizontal grill bar symbolise a dragon’s eyes and moustache. The interior features “gym-inspired” design such as barbell door handles and a kettlebell-shaped gear selector. Seats and headrests are of vegan leather.

Chinese carmakers have only a tiny presence in Europe, selling just 1,706 vehicles last year according to figures compiled by the European automakers’ association.

But analysts say they have made rapid progress in electric cars and introducing new driver assistance technology – and could be a major factor in coming years.

Things have changed since an unsuccessful attempt to enter the European market 15 years ago, said director of the Center of Automotive Management in Bergisch Gladbach, Germany Stefan Bratzel. Now they are making a second attempt “which seems much more promising.” But he cautioned that breaking into the highly competitive European market would take time.

“At the same time, through cooperation with European suppliers they have significantly improved vehicle quality.”

In the Chinese market, the world’s largest, foreign carmakers “may suffer from competition more than they expected” from domestic brands, the Bernstein analysts wrote.

HEADWINDS FOR THE INDUSTRY

Europe’s auto industry is facing serious headwinds, first of all from shortages of parts such as semiconductors key to increasingly sophisticated automotive electronics.

Car sales fell 9.9 per cent for the first nine months of the year. On top of that, many economists are predicting a recession this winter. High energy costs due to the war in Ukraine and Russia cutting back natural gas supplies are robbing consumers of purchasing power.

Automakers are currently able to work through order backlogs and demand higher prices, but that won’t last, said head of the CAR Center for Automotive Research in Duisburg, Germany Ferdinand Dudenhoeffer.

“That will be over in 2023,” he said. “Then it’s the customers who will be scarce” and price discounts will come back. He forecasts overall sales to dip to 10.8 million in Europe, down from 11 million this year and well below the pre-pandemic peak of 15.8 million.

Another stumbling block on Europe’s way to 100 per cent electric: There’s a huge gulf between countries with lots of chargers and those with the fewest, according to the European auto industry association. The Netherlands has one every 1.5 kilometres of road, while Poland has one every 150 kilometres. It says the gap “risks stalling market uptake of electric cars” and called on the European Parliament to push member states to build more charging points.