THE European Union (EU) signed several free trade agreements (FTAs) early this year – particularly with Singapore – and is negotiating with Vietnam and Indonesia, while also expanding the FTA negotiations with Malaysia, Thailand and the Philippines in a bid to further enhance the ties between the EU and Asean.

While international trade is questionably on an increasing imbalance, the EU is firmly convinced that international trade continues to be beneficial for both parties, but it must be regulated and reflected in the agreement so it would lead to more sustainable development in terms of environment, labour and so on.

The EU’s continuing commitment to building strong engagement in the Asian region and among Asean member countries was highlighted by EU Ambassador to Indonesia and Brunei Darussalam Vincent Guérend in a press conference held last Wednesday at the French Embassy in the capital.

Guérend, who was on his fourth visit to Brunei Darussalam, expressed his amazement with the country’s development especially with the Raja Isteri Pengiran Anak Hajah Saleha Bridge and the Temburong Bridge project that is expected to be completed by the end of this year.

During the press conference, he explained that in terms of economic development and trade, EU is the one of the largest trade partners of ASEAN, as well as the first or second provider of foreign direct investments (FDIs) in the region.

“As we are very much engaged in FTA agreement, we believe that such trade will be further boosted and able to increase employment opportunity and prosperity of the country,” he said.

Guérend also revealed that the bilateral trade between Brunei and EU in 2018 amounted to EUR720 million for goods (non-oil and gas) and EUR512 million for services. Meanwhile, EU’s imports from Brunei amount to EUR27 million.

“Brunei Darussalam will benefit from the region-to-region trade agreement between EU and ASEAN region itself, and these figures (trade) could be expanded with support of the proper regulatory and framework which could attract more investment to the country,” he added.

The EU Ambassador explained that in the last ASEAN Ministerial Meeting, there was an agreement to upgrade the relations between EU and Asean.

“EU has an allocation of EUR2 billion assistance for Cambodia, Laos, Myanmar, Vietnam and the Philippines within 2014 to 2020. The grant mainly – depending on the country – for the Sustainable Development Goals (SDGs) in addressing the poverty issues, development gaps, as well as the EU, is focussing on clean and renewable energy, environmental protection, good governance as well as export promotions.

“We want to help these countries to develop their export capacity,” he said.

Apart from that, Guérend explained that EU also directly supports the Asean Secretariat in realisation of Asean Economic Community, “in which we share the success of our project experience on economic single market integration, custom treatment, handling of the officials at the borders, standardisation, and how the products could be accepted in a country.

“We also work with the Asean Secretariat on the Asean Humanitarian Aid Centre that is based in Jakarta, engaging Asian capacity-building, disaster relief and many more.” 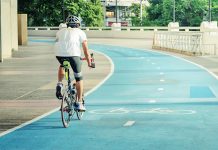 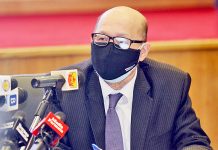 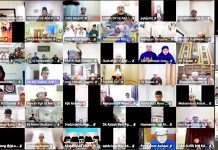