PARIS (AFP) – With summer holidays looming, Europe’s electric car owners may be wondering whether to risk taking their vehicles for long journeys. AFP investigates the pitfalls and joys of long-distance emissions-free motoring.

While fully electric cars have proved themselves in urban areas, winning fans for their ease of use and low emissions, many owners still suffer from “range anxiety” when it comes to long trips cross-country or on motorways.

The latest batteries, even on new models, still require regular recharges and the infrastructure remains patchy in many areas.

An AFP team set out to travel from Paris to Namur, south of the Belgian capital Brussels, and back, a distance of 900 kilometres, in a Citroen e-C4, a mid-range compact car with SUV styling that advertises a fully charged range of 350 kilometres.

Armed with the ChargeMap app for locating charging stations – other options include A Better Route Planner – the team set off from central Paris in typically heavy traffic.

At slow speeds and in stop-start movements, most electric cars can drive for hours without difficulty and the e-C4 was no different.

But once out on the motorway, the battery dipped quickly. Its displayed range of 250 kilometres fell to less than 100 kilometres in far less time than it would take to cover such a distance. 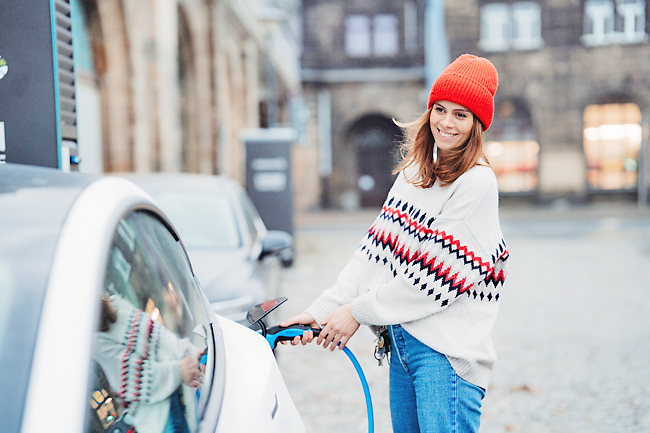 Just how far the range stretches can depend on the model of vehicle and the outside temperature, meaning careful planning is needed for winter trips.

And the e-C4 does not feature the fast charging of more expensive models, meaning longer stops can be required.

But topping up the battery to 80 per cent – the final 20 per cent take longer – cost only around EUR10 (USD11) on a stop at the service station near Verdun, near the borders with Belgian and Luxembourg.

The European carmakers’ association ACEA said around 6.8 million chargers will be needed across the European Union (EU) – or 14,000 installations per week – for the bloc to achieve its 2030 climate goal of reducing CO2 emissions from cars by 55 per cent.

Apps tested by AFP were mostly up to date with charger locations and any charger will accept payments by bank card – although subscribers to a particular charging network can score better rates.

Dropping off the motorway onto regional routes around the Belgian border, the car’s thirst for power fell off and the many chargers on offer at town halls, car dealerships and supermarkets soothed range anxiety.

At one Lidl supermarket, 52-year-old Emmanuel Verpoort was filling up his large Polestar car.

“I’ve already been to the Alps and at the end of June we’re heading to the Cote d’Azur” in southern France, he said, predicting the trip would cost just EUR22 in power.

“There’ll probably be a lot of people on the roads in the summertime but I’m not worried,” he added.

As a buyer, “you have to pick a car with adequate range and that recharges quickly. It’s just like a smartphone.”

On the approach to Brussels, it was time to find somewhere to stay that offered recharging so as to set off at 100 per cent the next day.

For now, that’s restricted to higher-end hotels, many with Tesla stations, or a few Airbnb listings.