Around 1.4 million of them said they first had COVID-19, or suspected they had the virus, at least 12 weeks previously, according to the Office for National Statistics (ONS).

It also found 826,000 of them first had coronavirus at least a year earlier, while 376,000 said they first had it at least two years previously.

The ONS figures are based on people’s own reports of suffering from long COVID from a representative sample of private households in the four weeks to May 1.

Fatigue is the most common symptom – experienced by 55 per cent of those with self-reported long COVID – followed by shortness of breath (32 per cent), a cough (23 per cent) and muscle ache (23 per cent).

The biggest proportion were people aged 35 to 69, females, those living in more deprived areas and those working in certain professions such as social care, teaching and education or health care, the ONS said. 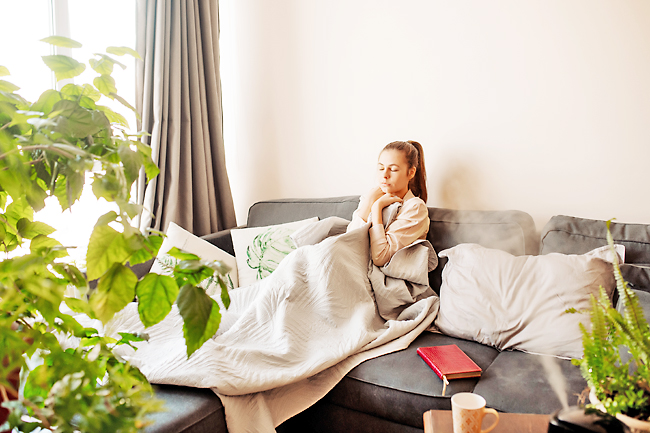 Those with another activity-limiting health condition or disability were also more prevalent among the long COVID sufferers, it added.

The UK, which was one of the worst-impacted countries by the pandemic, has eased all restrictions this year as cases and hospital admissions have fallen amid relatively high vaccination rates.

The country of around 67 million people has recorded nearly 18.8 million cases, and almost 178,000 deaths from the virus, since it hit more than two years ago.

The ONS assessment found nearly a third of the two million people reporting long-lasting symptoms first had COVID, or suspected they had it, during the Omicron wave which began late last year.