A Joint Leaders Statement of Indonesia, Malaysia and Brunei Darussalam on the Escalation of Violence by Israelis in the Occupied Palestinian Territory condemns in the strongest term the repeated blatant violations and aggressions carried out by the Israelis, targetting civilians throughout the Occupied Palestinian Territory, particularly in East Jerusalem and the Gaza Strip, which has killed, injured and caused suffering to many, including women and children.

The statement added, “We are also gravely concerned with the illegal expansion of settlements; and the demolitions and seizures of Palestinian-owned structures across the occupied West Bank, including East Jerusalem.

“We also unreservedly condemn the flagrant violations of international law, including humanitarian and human rights law, perpetrated by Israel, the Occupying Power, through its inhumane, colonial and apartheid policies towards the Palestinians in the Occupied Palestinian Territory, and therefore call for an urgent and responsible collective action to ensure the necessary accountability for such violations. We call upon all parties to exercise maximum restraint, cease attacks against civilians, to take steps in de-escalating the situation and to uphold international law and order. We urge both parties to accept a temporary international presence in the City of Al-Quds, to monitor the cessation of hostilities in the Occupied Territory of Palestine.

“We also urge the United Nations Security Council to act urgently and take all possible measures to guarantee the safety and protection of the Palestinian civilians throughout the Occupied Palestinian Territory, bearing in mind the international community, and the United Nations Security Council, in particular, has a special responsibility to call for a cessation of all violence, and fulfil its obligation of upholding international peace.”

The leaders added, “We request the United Nations General Assembly to convene an emergency session to address the grave developments and come up with a Uniting for Peace Resolution with a view of putting an end to the atrocities carried out against the Palestinian people.

“We call upon the international community to remain resolute in their commitment to safeguarding the ‘two-state solution’ towards achieving an independent State of Palestine, based on the pre-1967 borders, with East Jerusalem as its capital. We reiterate our solidarity with, and commitment to the Palestinian people, including their rights to self-determination, and the creation of an independent and sovereign State of Palestine.

“We stand ready to support international efforts aimed at achieving a comprehensive, just, and lasting peace in the Middle East on the basis of the relevant United Nations Resolutions and international law, including humanitarian law.” . 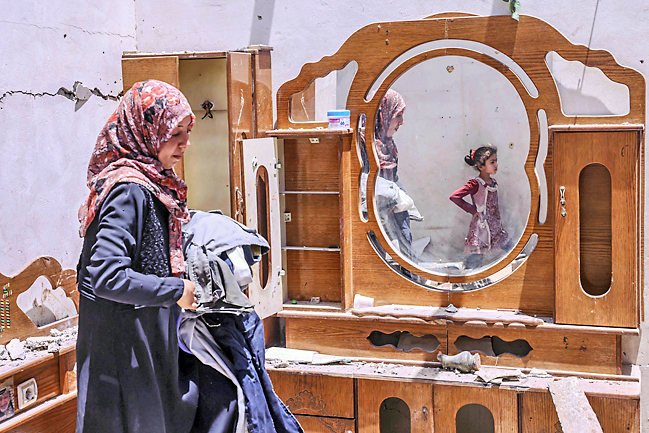