Epitome of innovation and engineering

“Nature has spent hundreds of millions of years optimising elegant solutions to extremely complicated problems,” said a biomedical engineer at the University of California in Irvine Alon Gorodetsky.

“So if we look to nature, we can shortcut our development process and get to a valuable solution right away,” he told AFP.

From squid-skin food warmers to a lubricant made of cow mucous, here is a selection of this year’s scientific work inspired by nature.

Stopping the bleeding hearts and livers of dogs and rabbits without stitches may now be possible with a biodegradable plaster made of sticky okra gel.

Okra is a fuzzy green vegetable with a slimy texture that inspired Malcolm Xing from Canada’s University of Manitoba to turn it into a medical adhesive. 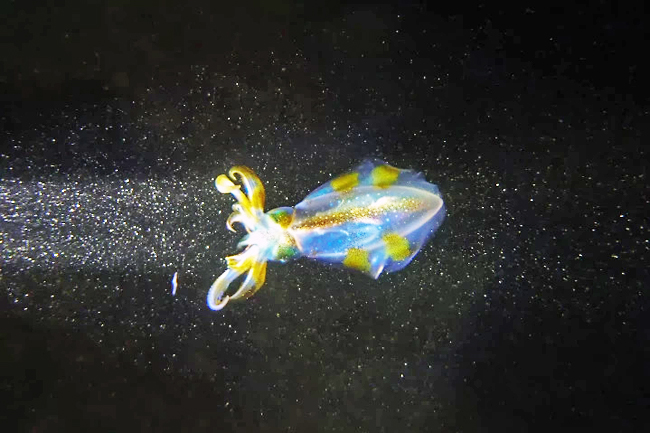 In the July study published in Advanced Healthcare Materials, researchers discovered that refining okra in a juicer and then drying it into a powder creates an effective bioadhesive that quickly creates a physical barrier and starts the blood clotting process.

The researchers plan to test this plaster on humans in the coming years.

Snot may invoke feelings of disgust, but laboratory tests found that a lubricant made of cow mucous showed promise at curtailing the spread of certain sexually transmitted infections.

The study, published in Advanced Science in September, is very preliminary, however. It has not yet been tested on humans and should not replace other forms of protection, like condoms.

Researchers extracted the mucous from the salivary glands of cows and turned it into a gel that binds to and constraints viruses. Mucous is made of a protein called mucin that might have antiviral properties.

It is also both a solid and a liquid.

“Being a solid, it can trap bacteria or viruses in the body. Being a liquid, it can clear those pathogens from the body,” said study co-author Hongji Yan from Sweden’s KTH Royal Institute of Technology in Stockholm.

Fireflies that light up the night sky inspired scientists at the Massachusetts Institute of Technology to create tiny, bug-sized robots that emit light when they fly.

The glowing artificial muscles help the honey bee-sized robots communicate with each other, which may make them useful for search and rescue missions someday.

Though the robots can only operate in a laboratory environment so far, the researchers are excited at their potential future uses.

There are an estimated 20 quadrillion ants in the world, and researchers have discovered that one species might be able to sniff out cancer in human breasts.

In a study conducted at Sorbonne Paris Nord University and published on the preprint server bioRxiv, which has not yet been peer-reviewed, scientists used a sugar-water reward to train ants to smell the difference between mouse urine implanted with, and without, human tumours.

While dogs can be trained to use their super noses to detect cancer, this is expensive and takes time.

Ants might provide a cheaper, albeit less cute, alternative. The strange skin of squids has inspired a packaging material that can keep coffee and food warm for as long, or as little, as wanted, according to a March study published in Nature Sustainability.

Squids have miniature organs called chromatophores that can drastically change the size, and also help them change colour.

To mimic “these pigment-filled organs”, study co-author Alon Gorodetsky, from the University of California, Irvine, said they developed “little metal islands that you could move apart” and contract.

The heat level can then be controlled by how much the material is stretched.

“If you put it around a warm object – for example, a coffee-filled cup or a hot sandwich – you can control the rate at which it cools down,” he said.