THE STAR – Sleep is as important as food.

Our bodies do not care if our mind thinks sleep is a “waste” of time in the midst of our busy lives; without sleep, we simply cannot survive.

According to a 2010 survey, 30 per cent of Malaysians sleep less than seven hours a day and sleep-related problems affect a third of us.

The usual recommendation is seven to eight hours of sleep every night for adults.

This is based on the amount of sleep the average person requires.

That said, there are outliers, as some can get by with as little as four hours a night, while others, such as professional athletes, may need as much as 12 hours a night in order to recover enough to perform optimally the next day.

Outliers, by definition, are unusual, so aiming for more sleep would be the right direction for most of us, especially in an era where life is so fast-paced that sleep deprivation is almost the norm. 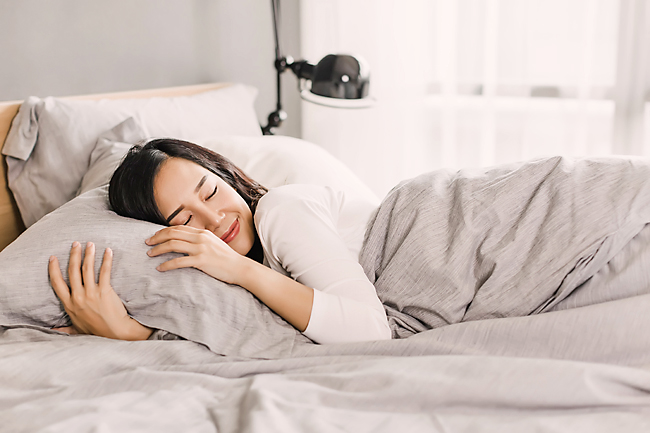 During sleep, numerous physiological changes occur in the body.

Mild sleep deprivation in a healthy individual will lead to irritability, impairment in the ability to think, and fatigue.

A recent study looking at fatigue in healthcare staff, for example, found that more than half of junior doctors and anaesthetists have had an accident or near miss on their way home after a night shift due to sleep deprivation.

Severe sleep deprivation in a healthy person will lead to psychotic experiences, such as hearing things that aren’t there or firmly believing in things that are not real.

Thankfully, severe sleep deprivation, like severe starvation, is relatively rare, as the body’s homeostatic response will usually kick in before this state, leading to an overwhelming urge to sleep.

While a good night’s sleep is important for those of us who are healthy, it becomes even more important if we suffer from chronic illness.

While this can be a direct consequence of being unwell, it is also related to the environment a mentally-ill person tends to find himself in, which is often physically and psychologically challenging.

Less commonly, poor sleep can be a side effect of medical treatment.

There is a lot of evidence for poor sleep increasing the likelihood of relapse in major mental disorders, especially bipolar affective disorder.

The most common psychological cause of poor sleep, however, is stress.

It is normal to be kept awake thinking about problems with relationships, health or money, for instance.

Sometimes, decisions that we make during the day can stay with us for the next few days, especially when we act in ways that are inconsistent with our values.

Just like poor sleep in chronic illness, poor sleep due to stress tends to lead to irritability and poor decision-making the following day, further compounding stress, and eventually, sleep.

Fortunately, there are a number of things that we can do to break this cycle.

Here are some of the things we can do to have better sleep:

One way to improve sleep is to modify our caffeine and alcohol intake. Caffeine is a natural stimulant, and the consumption of beverages containing it nearer to bedtime will make it hard for you to fall asleep and prevent you from getting adequate deep sleep.

Research has shown that the stimulant effect of caffeine can last for many hours after consumption. For some people, it can even last from early afternoon to late night.

On average, caffeine’s effect reaches its peak level in your body 30 minutes to one hour after consumption.

Your body takes about three to five hours to eliminate half the amount of caffeine in your blood, while the remaining caffeine will stay in your body and be slowly eliminated.

The first thing to try to improve your sleep quality would be to reduce caffeine intake, especially later in the day. The most common way to do this would be to gradually switch to decaf coffee or tea over a period of several weeks, depending on how much you usually drink.

That said, a person who falls asleep after an alcohol binge will find that they need more time to fall asleep, and that their sleep is never restful.

The effects of alcohol on sleep are thought to be due to a reduction in REM (rapid eye movement) sleep, which is the phase of sleep where our memories and experiences of the day are processed and organised.

Drinking alcohol to aid sleep is therefore not advised, as it disrupts this important phase of sleep.

The quality of our sleep is proportional to how much value we place on it.

Imagine trying to decide whether to invest in a company that guarantees (not falsely promises) significant dividends within a month of your initial investment.

Most of us would invest pretty quickly; after all, why not let our money work for us, rather than slave away trying to earn more? Our bodies are like that company.

Invest time in sleep and you will get that time back, and more. Good sleep always leads to better performance during the day. You will not only be more efficient, make better decisions and be more emotionally resilient, but also more resistant to mental and physical illness.

Aside from not skimping on our sleep, we can invest our time in sleep by establishing a sleep routine.

This is especially useful when you are trying to break out of a cycle of not being able to sleep for more than an hour or two at night, then feeling very tired and napping during the day.

It is important that we do not nap during the day in this case, so that we can reserve sleep for the night.

If possible, try sticking to this routine throughout the week. This means weekends as well. There is no such thing as “catch-up sleep” on a Sunday after a week of sleep deprivation – the body does not differentiate weekends from weekdays.