ANN/THE STAR – For many people, hot days are often spent swimming at a lake or pool. But before you help your child suit up, it’s important to consider some safety tips.

The old saying about waiting an hour after eating before swimming isn’t entirely true. It’s OK to swim immediately after a light meal or snack.

If your child feels lethargic after eating a heavy meal, however, encourage a break before swimming.

Many kids learn to ride a bike and to swim on their own at the same age – often the summer before kindergarten.

The American Academy of Paediatrics supports swimming lessons for most children aged four and older. If you enrol a child younger than four years old in a swimming programme, pick one that requires parental involvement, has qualified teachers and a fun atmosphere, and involves a limited number of underwater submersions.

This will limit the amount of water your child might swallow. 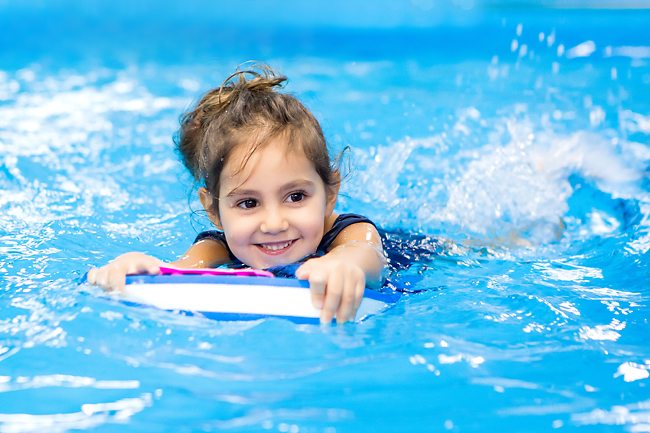 It’s fine for children who have colds or other minor illnesses to swim so long as they feel well enough to do so.

Your child should stay out of the water if experiencing diarrhoea, vomiting or fever, or if diagnosed with an infectious illness.

It’s OK for children to swim with cuts and scrapes, as long as the wounds aren’t bleeding.

Ask your child’s healthcare professional about ear protection during swimming if your child has ear tubes.

Some recommend that children who have ear tubes wear earplugs while swimming to prevent bacteria from entering the middle ear.

However, routine use of earplugs might only be needed when children dive or swim in untreated water, such as lakes and rivers.

Swimmer’s ear, or otitis externa, is an infection in the outer ear canal that’s often brought on by water that remains in your ear, creating a moist environment that helps bacteria grow.

– Encourage your child to wear earplugs while swimming.

– After swimming, dry your child’s ears by wiping the outer ears gently with a soft towel or use a hair dryer.

– Put the hair dryer on the lowest setting, holding it at least one foot (30cm) away from the ear.

USE AN AT-HOME PREVENTIVE TREATMENT

As long as your child doesn’t have punctured eardrums, use homemade preventive eardrops before and after swimming.

A mixture of one part white vinegar to one part rubbing alcohol might promote drying, and prevent the bacteria and fungi that can cause swimmer’s ear from growing. Pour one teaspoon of the solution into each ear and let it drain back out. Similar over-the-counter solutions might be available at your local pharmacy.

Cotton swabs can pack material deeper into the ear canal, irritate the thin skin inside the ear or break the skin.

If you are trying to clean the ear and remove wax, do so without using cotton swabs or other instruments. And encourage children to keep their fingers and objects out of their ears.