He made the comments at the presentation of certificates for haj and umrah course instructors yesterday.

The deputy minister said course instructors play a key role in providing additional information to intending pilgrims by providing an overview and challenges in the land of Arafah (to perform a contemplative vigil by reciting Al-Quran and prayers) and Mina (stoning of the devils ritual).

These include the expectations that may be faced in the holy land with the basic guidance and the rules of the government of Saudi Arabia that must be followed from time to time.

He said, “Besides preparing the physical health and financial ability for the pilgrim and the family left behind, the person who intends to perform the haj also needs to be mentally prepared for the journey.”

“There are at least two matters a pilgrim must learn for a successful haj. First, is knowledge on performing the haj (including umrah). 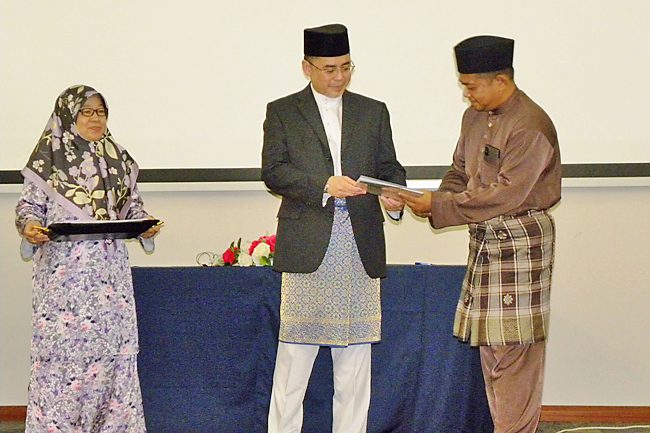 “The pilgrim should know the pillars and obligations of haj starting from the procedure of wearing ihram (white cloth), tawaf (circling Kaabah seven times), sa’ie (journey from Safa hill to Marwah) and melontar jumrah (stoning of the devil ritual) and so on,” he added.

“The pilgrim must also have knowledge about philosophy and the advantages and manners in performing the haj.”

He also reminded, “Haj is a sacrifice, devotion, forgiveness of sins, testing patience, brotherhood, fighting lust, requiring intending pilgrims to practice good manners before the haj is performed (among them include sincere intentions, making sure to repent, providing halal expenses, sufficient supplies, finding good friends, learning the haj guidelines, discarding bad qualities, being open-hearted, and fulfilling the duty of prayer).

“While manners during the haj must be perfectly maintained including avoiding practices against Islamic teachings and avoid arguments while performing the haj.”

Yesterday’s event also saw the presentation of the resolution of the dialogue.

The dialogue was intended to spread information on haj and umrah guidelines for government officers and staff, from higher institutions and officers at the Ministry of Education.