THE WASHINGTON POST – Which fruits and vegetables don’t count toward your ‘five a day’? New study has answers.

Morning or night? With food or without? Answers to your questions about taking supplements

Good sleep means more than getting enough hours. A consistent schedule matters, too.

If you’ve been told to avoid coffee because it might make your heart beat irregularly, recent research suggests it may be time to rethink that recommendation.

“There’s this quite pervasive conventional wisdom” that people who have or are at risk of arrhythmias, or abnormal heart rhythms, should avoid caffeine, said Cardiologist Gregory Marcus who is also a professor of medicine at the University of California at San Francisco (UCSF). Many patients who come to see him have already been told by other doctors to steer clear of caffeinated products, such as coffee, he said.

But a growing body of scientific research, including a new study conducted by Marcus and other researchers at UCSF, suggests that such advice may be unnecessarily depriving many people of their daily coffee fix. 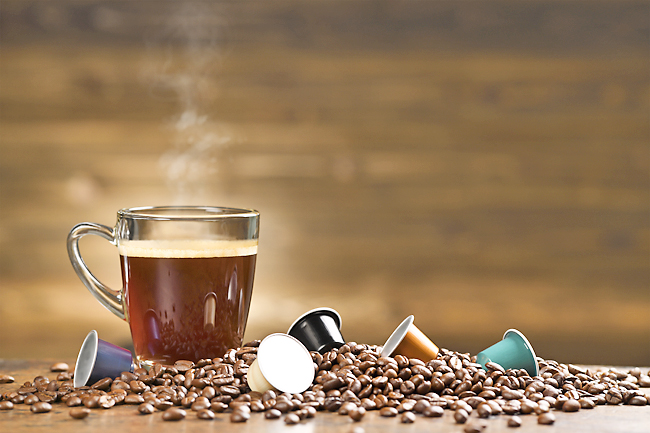 The latest study analysed data from more than 380,000 people and found that coffee drinking habits were not associated with an increased risk of arrhythmias.

Neither was an individual’s ability to metabolise caffeine, according to the results, published this month in JAMA Internal Medicine.

In fact, analysis of self-reported coffee consumption appeared to indicate that those who drank more had a potentially lower risk of developing certain types of arrhythmias, including atrial fibrillation, or AFib, which can cause blood clots, stroke and heart failure, among other health complications. At least 2.7 million Americans are living with the condition, according to the American Heart Association.

Marcus, the lead author of the UCSF study, said he thinks the results “are sufficiently robust so as to demonstrate that blanket prohibition against coffee or caffeine among arrhythmia patients or those worried about arrhythmia are probably not appropriate”.

On top of that, caffeine is “a very complicated drug”, said Daniel Cantillon, the associate section head of cardiac electrophysiology and pacing at the Cleveland Clinic who was not involved in the coffee research. “Overall, it’s a strong stimulant to the nervous system and a relatively weak stimulant to the vascular system.”

Although caffeine does raise levels of catecholamines, hormones that can, in part, increase heart rate, Cantillon said, it can also trigger other responses “that may have a balancing effect in the heart”. Additionally, coffee is known to have some natural antioxidant properties and increasing evidence suggests AFib may be linked to inflammation. Other research suggests coffee is associated with a lower risk of heart failure.

“The question is are we unnecessarily withholding this potentially beneficial substance, and an almost certainly enjoyable substance, when we admonish arrhythmia patients to avoid it?” Marcus said.

To answer that question, Marcus and his team studied data from the UK Biobank, a large-scale biomedical database and research resource, between 2006 and 2018, and conducted several analyses.

One focussed on people’s self-reported coffee drinking habits. After taking into account factors that could cause heart palpitations such as demographics, health conditions, diseases and lifestyle habits, including smoking, alcohol consumption and physical activity, the researchers found that people who reported drinking more coffee had less of a chance of developing heart rhythm problems in the future. Each additional cup of coffee consumed was associated with a three-per-cent lower risk of arrhythmia, particularly AFib and supraventricular tachycardia, according to the study.

The researchers also looked at genetic variants that influence caffeine metabolism. Though people who metabolised caffeine faster tended to drink more coffee, there was no evidence of a relationship between those genetic differences and an increased risk of arrhythmia, the study noted. This method, known as Mendelian randomisation, “does not rely on self report, which can be unreliable”, Marcus said.

“The noteworthy part is the absence of a heightened risk of arrhythmias, despite our investigating this in multiple ways, in this very large population,” he said. “The surprising finding was the lower risk associated with more self-described coffee consumption.”

Electrophysiologist Fred Kusumoto who is the director of the Heart Rhythm Services at Mayo Clinic in Jacksonville, Florida, said the study’s methodology was “excellent”.

While the recent research supports this understanding, experts cautioned against overinterpreting the study’s results. “This doesn’t mean that I would have people start drinking coffee to prevent atrial fibrillation,” Kusumoto said.

Marcus agreed. “I want to be conservative in our conclusions,” he said. “We don’t want to recommend people drink more coffee with the intent of reducing their arrhythmia risk.”

As with past research examining the relationship between coffee and arrhythmias, this study was subject to limitations, Cantillon said. “Large population studies like this have a lot of attention because they involve thousands of patients, but they also carry a lot of bias and potential for confounding variables.”

He noted that it’s difficult to determine whether coffee consumption alone is responsible for a lower risk of arrhythmias. Other factors that can be harder to measure, such as sleep habits and diet, may also be involved, he said.

Though the use of Mendelian randomisation “strengthens the paper and it adds to the findings”, he said, “Overall, it simply doesn’t address all the potential sources for bias.”

An ideal study would be a randomised trial, Cantillon said. For example, one group of participants would drink coffee while the other received a placebo and the effects on arrhythmias would be measured over time.

When considering the study’s conclusions, it’s also important, Marcus said, to remember that in rare cases some people do have “a fairly idiosyncratic relationship” between caffeinated beverages and arrhythmias, meaning drinking coffee could cause them to experience an irregular heartbeat.

Still, experts said, the recent research should help reassure most people that their daily cup of coffee likely isn’t contributing to or worsening heart palpitations.

“If you enjoy the taste, the flavour and the immediate effects on your concentration of drinking coffee, this study and other studies like it seem to suggest that there’s no cardiovascular penalty associated with drinking coffee,” Cantillon said.

Marcus said he now tells his patients with arrhythmias that it’s okay to experiment with coffee or caffeine. But, he emphasised, moderation is key.

“I wouldn’t recommend going too crazy with how much,” he said.