THE WASHINGTON POST – Patricia Engel’s novels don’t begin so much as they crack open. Consider the first line of the Miami writer’s 2010 debut, Vida: “It was the year my uncle got arrested for killing his wife, and our family was the subject of all the town gossip.”

The start of 2016’s The Veins of the Ocean presents a man, maddened by his wife’s infidelity, who takes their toddler son to a bridge, lifts the boy “as high in the sky as he’d go” and throws him into Biscayne Bay. The child survives. The father is dead by the third page.

Infinite Country, Engel’s latest novel, leads with another surprising act of violence. At a reformatory in the Colombian mountains, a group of girls, “some of whom were murderers on the verge”, lures a nun into their room with cries of “Fire!”, subdues her and escapes.

The mastermind of this plot is 15-year-old Talia, an American born to Colombian immigrants and sentenced to the prison school after she burned a man in Bogotá with hot oil as revenge for a murdered cat.

As shocking as all this can be, Engel is no literary Tarantino, delighting in graphic violence that points to itself and little else. 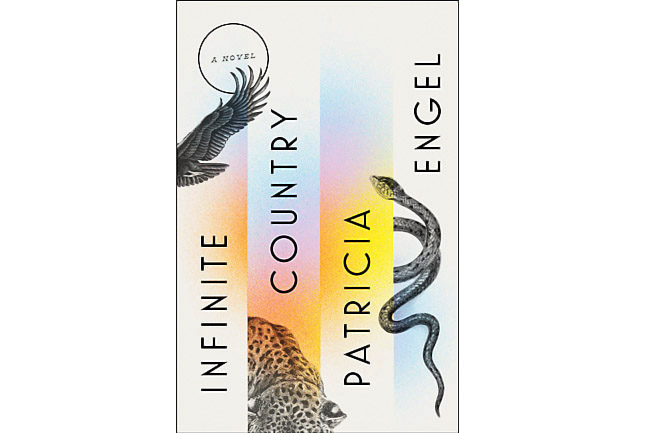 A gifted storyteller whose writing shines even in the darkest corners, Engel understands that the threat of violence is a constant in people’s lives and that emotional acts of abuse can be as harmful as physical ones.

In Infinite Country, she focusses on the psychological injury that results when families are “split as if by an axe” for political or economic reasons.

Talia is the youngest daughter of Elena and Mauro, who at the beginning of this century leave Colombia for the United States (US). Exhausted by the violence that has ravaged their country and eager to provide safety and financial security for their baby, Karina, the couple acquire six-month tourist visas and head to Texas for “a long vacation of sorts”.

They plan to find work, save as much money as they can and return home better off than before. “People did this kind of thing all the time,” they reason.

The feeling that they will forever be viewed as foreigners in this land soon becomes overwhelming, and Elena and Mauro decide to return to Bogotá.

But when Elena becomes pregnant, they make the difficult choice to stay in the US, where they will live in fear of deportation but will also cling to the hope of permanent residency and the belief that their American-born son, Nando, will have “double the possibilities for his future”.

The family pursues opportunity along the East Coast, in Delaware (where Talia is born), South Carolina and eventually New Jersey, where Mauro is arrested after an altercation in a bar and deported. When the father will be reunited with his family is unclear, but the trauma of the separation is permanent.

Engel, whose parents are Colombian, is sensitive to what Mauro describes as the “particular pain” that awaits anyone who leaves one country for the dream of another. “Emigration was a peeling away of the skin. An undoing,” Mauro thinks. “You wake each morning and forget where you are, who you are, and when the world outside shows you your reflection, it’s ugly and distorted; you’ve become a scorned, unwanted creature.”

At its best, Engel’s novel interrogates the idea of American exceptionalism, though the term never appears in the book. Elena discovers that senseless killings are as endemic in the US as they are in Colombia.

“What was it about this country that kept everyone hostage to its fantasy?” she wondered.

“The previous month, on its own soil, an American man went to his job at a plant and gunned down 14 coworkers, and last spring alone there were four different school shootings. A nation at war with itself, yet people still spoke of it as some kind of paradise.” Reflecting on recent massacres in Colombia, Elena decided, “No country was safer than any other.”

Infinite Country falters only when, late in the book, Engel hands over the narration to Karina and Nando in a well-intentioned if discordant gesture to bring these previously unexamined characters into the foreground.