The AEBF, co-hosted by the three companies, is jointly organised by the Ministry of Energy, the Petroleum Authority of Brunei Darussalam, ASEAN Centre for Energy (ACE) and DMG events, in conjunction with the 39th ASEAN Ministers on Energy Meeting (AMEM).

During the AEBF, which concludes tomorrow, key representatives from BSP, Brunei LNG and BGC will share best practices, discussing and establishing collaborative pathways to achieve the country’s and ASEAN’s energy priorities, according to a statement.

BSP, Brunei LNG and BGC said they are moving in step with local and international society to sustain their companies’ significant contribution to the country’s economy.

“As co-hosts of the ASEAN Energy Business Forum, BSP, Brunei LNG and BGC are honoured to work in collaboration with the ASEAN community, in carving the path to energy security, universal access and transition to a low carbon future.

“The forum is an excellent platform where governments, the energy industry, academia and international organisations can contribute to impactful discussions around the energy transition.”

BSP intends to adapt, innovate and play its part in the global drive to provide sustainable energy solutions, the company said. BSP believes that hydrocarbons will continue to be part of the energy mix together with renewables. And a key part of its strategy is to find business value and thrive through the energy transition and de-carbonisation journey, the company said. 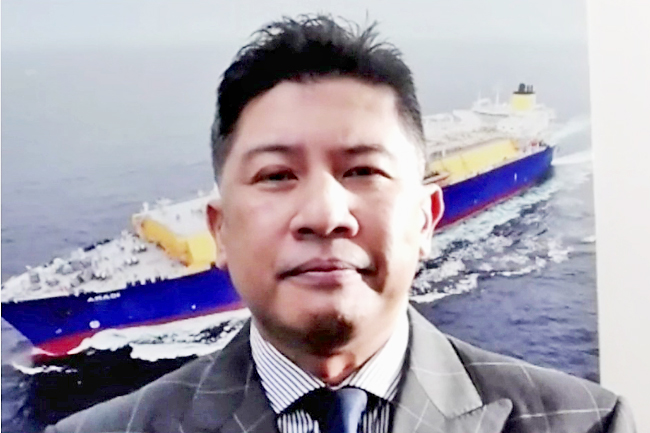 “BSP is focussed on responsibly minimising its impact on the environment and reducing its overall carbon footprint through operational energy efficiency and digitalisation projects.

“Launched in April, the solar power generated is equivalent to the electricity consumption of approximately 600 households per year and will offset power used by the BSP Head Office.

“On a national level, the power generated contributes towards Brunei’s target of producing 100MWp renewable energy by 2025.”

Brunei LNG said it is continuously transforming the way it operates.

“Aside from reducing greenhouse gas emissions, Brunei LNG is also making its Plant more energy efficient and integrating sustainability with its business strategy.

“Brunei LNG’s strategy is to avoid and reduce emissions as much as possible and to protect and compensate the environment for emissions that cannot be further avoided and reduced,” said the company.

Brunei LNG also recognises the role that it plays as an energy supplier in the drive towards a sustainable future.

“Natural gas is the cleanest of all fossil fuels making it a natural partner for renewables, especially in compensating for dips in solar or wind power generation.

“In the next 20 years alone, Asia is expected to absorb over 75 per cent of growth in LNG demand, and with rising pressure to tackle climate change, LNG is a key player as the demand for low carbon fuel intensifies.

“As a pioneer in the LNG industry, Brunei LNG has an obligation to continuously improve its sustainability initiatives across the business to continue meeting customers’ demand for cleaner energy, keeping in pace with society’s ambition to tackle climate change.

“Brunei LNG has already taken steps to improve its operations’ efficiency by maximising heat from its neighbouring power generation plant for steam generation in a bid to reduce its greenhouse gas intensity.

“Brunei LNG aims to shift 10 per cent of its power generation source from fuel gas to renewable energy by 2025 as part of its initiative to become a more sustainable business.

“In addition, the company has been championing restoration of the Badas peatland as part of its effort in protecting the environment to reduce recurrence of forest fires in the area, as well as create an effective carbon sink for the country,” said Brunei LNG.

Meanwhile, BGC said with the evolution of LNG shipping technologies and in recognition that carbon management is essential to counter the climate change implications of the world’s increasing energy use, the company is implementing ways to improve its carbon emissions and reduce impact on the environment.

“This involves adopting more energy-efficient practices and technologies that would make BGC’s future fleets more environmentally sustainable,” said the company in the statement.

It continued, “Four of BGC’s ships have dual fuel diesel electric engines (DFDE) that are at least 30 per cent more efficient than our previous steam ships.

“BGC acknowledges that it can play a part and will continue to look for ways to reduce its own operational impact through energy efficiency, equipment specification, and more.

” Knowing that there still remain uncertainties in the future of shipping technologies, BGC is also considering the use of bridging technologies and fuel flexibility to facilitate the transition from traditional fuels.”

The three companies said the speed of the transition to a low carbon future will depend on actions taken by governments to put in place the broad range of policies necessary to drive and accelerate change across the global economy.

The companies said they are committed to being a trusted partners of the government as the country progresses towards a low carbon and climate resilient nation.

“The team acts as a conduit to the BCCS and aims to be the centre of excellence for low carbon solutions within BSJV,” the companies said in the statement.