Trafficking in persons (TIP) is a serious transnational crime, violating human rights, threatening national security, undermining sustainable development and the rule of law. The United Nations (UN) has categorised TIP as a crime against humanity. The Attorney General’s Chambers (AGC) also recognises the importance of and the need to prioritise and expedite any potential TIP cases fit for prosecution.

As the principal legal advisor for the Government of His Majesty Sultan Haji Hassanal Bolkiah Mu’izzaddin Waddaulah ibni Al-Marhum Sultan Haji Omar ‘Ali Saifuddien Sa’adul Khairi Waddien, Sultan and Yang Di-Pertuan of Brunei Darussalam and as the Public Prosecutor in the prosecution of TIP offences, the AGC is a member of the National Committee on TIP, as well as being a member of the Working Group Committee on TIP, the TIP Assessment Working Group and the Task Force for Raising Public Awareness on TIP.

Aminudin Zaki said the current national framework for TIP in Brunei enables law enforcement agencies to refer cases and seek guidance from Deputy Public Prosecutors (DPPs) on potential TIP cases, and ensures that the DPPs are regularly updated on developments and progress of investigations into potential TIP cases.

He said the Anti-Trafficking in Persons Order (ATIPO) 2019 is Brunei Darussalam’s law that criminalises offences of TIP and has been in force since July 2019 and repealed the previous Trafficking and Smuggling of Persons Order, 2004 that covered both TIP and smuggling of persons offences. 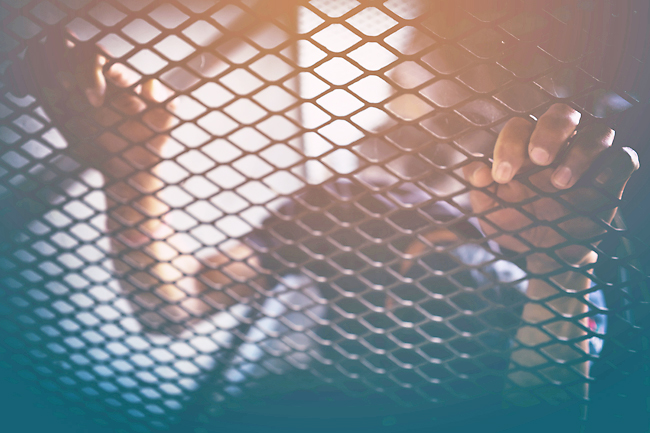 “Our current ATIPO is in line with international standards and the UN Protocol to Prevent, Suppress and Punish Trafficking in Persons, Especially Women and Children, supplementing the UN Convention against Transnational Organised Crime, which Brunei acceded to on March 30, 2020.

“With the entry into force of ATIPO 2019, Brunei was able to ratify the ASEAN Convention Against Trafficking in Persons, Especially Women and Children on April 24, 2020,” said Aminudin Zaki.

He explained that under the law, there are three constituent elements for a TIP offence: The act, that is, what is done by recruitment, transportation, transfer, harbouring or receipt of persons; the means, that is, how it is done such as by threat or use of force, coercion, abduction, fraud, deception, abuse of power or vulnerability; and the purpose, that is, why it is done, for the purpose of exploitation, including prostitution, sexual exploitation, force labour or slavery.

Acting Commissioner of Labour Muhammad Saufi bin Haji Ibrahim who is also Chairman of the Task Force for Public Awareness, National Committee on TIP spoke about his department’s role in looking out for signs of exploitation among foreign workers in the country and any elements of TIP by scrutinising the recruitment process.

The Labour Department underscored its commitment to the process that ensures ethical employment practices.

The acting commissioner said that the department works closely with Job Centre Brunei, the Ministry of Development, the Ministry of Energy and other regulators in safeguarding the integrity of the recruitment process.

He also highlighted the department’s stance against TIP, which they view as a major crime.

“We pay close attention to the recruitment of foreign workers in sectors that are vulnerable to TIP. For example, when a construction company applies to bring in foreign workers to Brunei, the department will conduct mandatory inspections on their project site to assess their eligibility for a Foreign Workers Licence (FWL),” he said.