QUITO (AFP) – Nine leatherback turtles – the largest endangered marine turtle in the world – were hatched along the coast of Ecuador, the Ministry of Environment said on Tuesday.

The Dermochelys coriacea – the turtle’s scientific name – eggs were artificially incubated on the Punta Bikini beach, in the Manabi province in the southwest of the country.

Rangers in the region had moved their nest after a harsh winter hit the coastal region.

“This new hatching has allowed us to determine that we can achieve a high level of artificial hatching of these turtles, which represents an important stage for Ecuador in the matter of conservation,” veterinarian Daniel Alava, from the Corazon and Fragatas Island Refuge, said in a statement.

In January, 60 of the leatherback turtles, which can measure up to three metres long and weigh up to a tonne, were born in the South American country, also in Manabi. 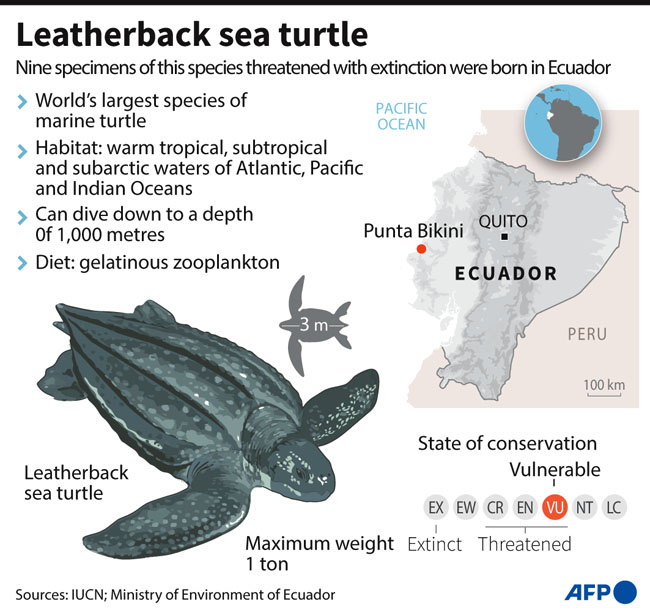