The world is moving into a new decade, one that determines whether or not the global average temperature increase will exceed the critical danger level of 1.5 degrees Celsius.

Despite Brunei Darussalam’s relatively small contribution to the global GHG (greenhouse gas) emissions at around 0.025 per cent, the Sultanate is affected by adverse impacts of climate change.

The government recognises the importance to present a fair and ambitious Nationally Determined Contribution (NDC) to the United Nations Framework Convention on Climate Change (UNFCCC) while considering the country’s national circumstances as a developing country, which include: an oil and natural gas economy; the prioritisation of forested areas; fossil fuel dependency; and vulnerability to a low carbon world.

This is in line with the country’s policies for the national development plan, Brunei Vision 2035, which aims to make the Sultanate widely recognised for its educated and highly skilled people as measured by the highest international standards; achieving and maintaining quality of life among the top 10 nations in the world; and operating under a dynamic and sustainable economy with income per capita within the top 10 countries.

Among the priorities of Brunei Vision 2035 is to safeguard the welfare of Bruneian citizens, which includes plans to ensure a clean, green and healthy environment. The government of Brunei Darussalam recognises the need for a more balanced economy by identifying growth areas in the country to promote the development of other sectors in addition to energy. 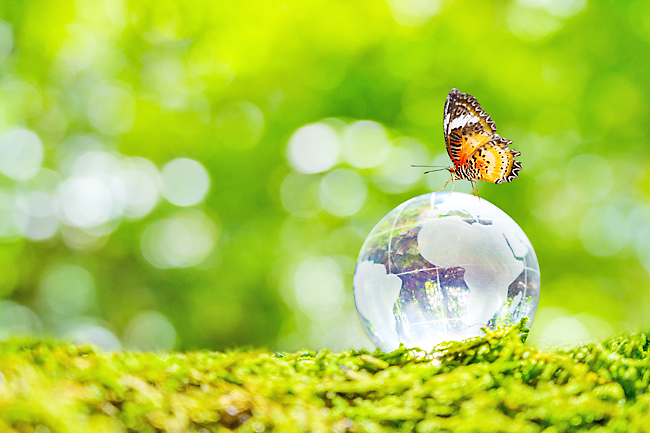 However, as a small nation with development along the coastline, the nation’s vulnerability and exposure to the adverse impacts of climate change grows as climate risks intensify.

As such, Brunei Darussalam is committed to playing its part in the global effort to combat climate change.

With the country striving for sustainable economic development through rapid expansion of the industrial sector in the coming years, the national GHG emissions are expected to increase to 29.5 metric tonnes of carbon emissions.

In pursuit of achieving resilience against the impact of climate change, the government seeks to incorporate a series of climate adaptation strategies which aim to foster resilience and adaptation capacity of the nation.

To show its commitment, the Sultanate has established the Brunei Darussalam National Council on Climate Change (BNCCC) to strengthen climate change governance and to ensure a whole-of-nation approach in addressing the challenges and impacts of climate change.

An Operational Document Task Force (ODTF) has also been established to produce a detailed operational document to operationalise the policy, and to formulate a strategically coordinated, comprehensive and coherent roadmap.

Brunei Darussalam’s NDC aims to reduce 20 per cent of the total national global greenhouse gas emissions relative to the business-as-usual levels, by 2030.

Reducing carbon emissions from the energy sector through efficient power generation, deployment of renewable technologies and addressing venting and flaring from oil and gas production are included in the efforts to tackle climate change.

Brunei is also exploring the potential of carbon capture utilisation and storage (CCUS) to mitigate industrial emissions from the oil and gas sector.

All in all, the year 2021 signifies the ‘Year of Climate Action’ for Brunei Darussalam, as it marks the implementation of both the BNCCP and the NDC.