Electric car terms: What do I need to know?

THE STAR/DPA – If you’re in the market for an electric car, you may have already encountered the sometimes bewildering number of terms and acronyms that are strewn across the segment. Knowing what they all mean – and which ones are important – can feel quite daunting, to begin with.

However, we’re going to be taking a look through some of the key electric vehicle (EV) terms that you really need to know. So let’s dive in.

A battery is the core of an EV. After all, without a battery, an EV has nowhere to store energy – which wouldn’t allow it to travel.

You’ll see batteries measured in kilowatt hours – or kWh – and the higher the number that precedes it, the larger the battery, and likely the more range it’ll offer. For instance, the Mercedes EQS has a 107.8kWh battery, which is capable of delivering up to 729 kilometres of range.

Charging is how you’ll keep your EV topped up. Compared with filling up a petrol or diesel car, there are a number of options, however. Everything is measured in kilowatts – or kW – too, with a higher number of kilowatts meaning a quicker charge. 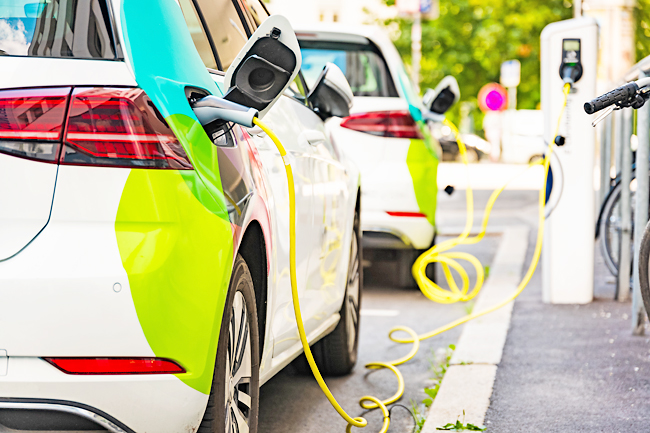 A slow charger, predictably, is one that’ll give a more modest supply of energy to an electric car. They’re usually rated around 3.6kW and might include charging locations such as those located in streetlamps and kerbs in urban areas. These are best for overnight charges, as they’ll need more time to fully charge an EV.

Fast chargers are rated to deliver from seven to 22kW. They’re often those attached to homes and will be the most common public chargers that you’ll encounter, too.

Depending on the size of your EV’s battery, a fast charger will be able to fully charge an EV in as little as three hours. With a less powerful 7kW charger, you’re looking at around eight hours for an average-size EV.

Rapid and Ultra Rapid chargers will be able to deliver the speediest charge and are ideal for top-ups when you’re mid-way through a journey and don’t want to spend too much time hanging around.

Rapid chargers are rated to deliver up to 50kW, which allows them to deliver a decent amount of charge in a short period.

Ultra Rapid units, meanwhile, can charge at speeds of upwards of 100kW right up to 360kW. These could deliver a zero to 80 per cent charge in just 20 minutes.

Connectors are, as you might expect, how you connect your EV to a charging point.

Depending on which country you’re in, there are a few different types of connectors that you might encounter.

The first is the United Kingdom three-pin. Though electric cars can accept this as a way of charging, it isn’t recommended by vehicle manufacturers and it isn’t very fast, either. It should only really be used as a final option.

Then you’ve got Type 1. This was an early type of connector and isn’t commonly used today. You’ll find it on older examples of the Nissan Leaf, for example.

The next is Type 2. It’s a three-pin style plug and is one of the most commonly used on EVs. With this, you’ll be able to get a secure and reliable connection to wallboxes and slow and fast public chargers, though it can only really deal with lower outputs for slower, overnight charges.

CHAdeMO is up next. Though not as favoured these days, it was used by Nissan in its ever-popular Leaf. It can accept rapid charges, mind you, bringing shorter waiting times.

Finally – in Europe at least, since other connectors are available in countries like America – is CCS, or Combined Charging System. This is the most common rapid connector type and combines two DC pins situated below the Type 2 AC connector. Essentially, this is the connector you’ll use to get the quickest possible charge and it’s found on most EVs today.

Pre-conditioning is a really handy function offered by a lot of EVs. It gives you the option to pre-heat or pre-cool your car’s cabin before you get into it, making sure that it’s the perfect temperature before you set in. You might be able to do this via a smartphone app which is connected to your car. You’ll also be able to de-mist or de-ice your windows without even having to step outside.

It’s done while your car is connected to a charger, too, so it doesn’t use up your car’s range. Plus, it’ll pre-warm your battery to make sure it’s at the optimum operating temperature.

If you encounter an older charging unit, you might see that it requests an RFID card for payment. These are cards issued by a charging supplier which link to a user’s account and allow them to pay for charges simply by tapping the card against the reader.

However, modern charging units still offer RFID, but must give the option of contactless payment for those who aren’t signed up to a service.

You might hear the term “smart charging” being used more frequently. It’s a clever system which uses Wi-Fi to allow an electric vehicle charging point to “talk” with other services. For instance, a unit with smart charging capabilities might be able to activate a charge for a vehicle overnight when energy prices are at their lowest, or even switch off charging when there’s a surge.