Elderly briefed on their protective rights

He made these comments as the guest of honour at the Syariah law clinic themed ‘Ri’ayah Warga Emas’, held in support of the government’s goal to strengthen its system to protect the elderly through Syariah law, at Senior Citizens Activity Centre (PKWE), Tutong District yesterday.

Haji Hardifadhillah said the clinic provided an opportunity to gather information such as grievances and challenges faced by the country’s elderly.

He said the collaborative project, which involved various agencies, was part of a whole-of-nation and whole-of-government aspiration that and will be expanded to senior citizen activity centres in other districts.

The clinic included a briefing on Syariah law and quizzes.

Some 300 of PKWE Tutong took part in the clinic to learn Syariah-related issues such as family, wealth management and crime. 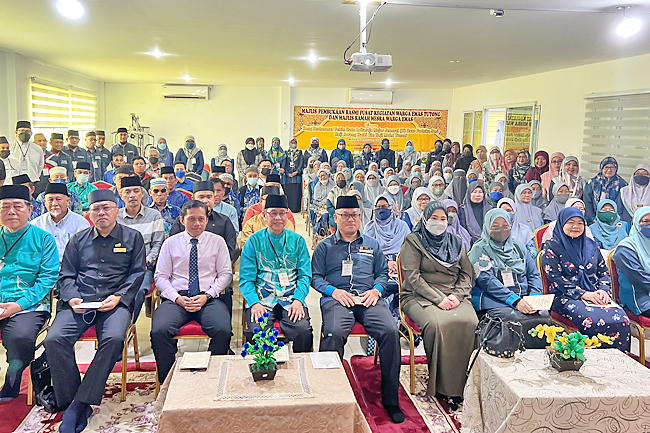