CAIRO (AP) – The family of imprisoned Egyptian pro-democracy activist Alaa Abdel-Fattah demanded word on his condition after prison authorities on Thursday told them he was undergoing an undefined medical intervention and blocked a lawyer from seeing him.

One of Abdel-Fattah’s sisters, Sanaa Seif, called on President Joe Biden to intervene in his case when he met Egypt’s president yesterday on the sidelines of the annual United Nations (UN) climate conference in Sharm el-Sheikh.

The family has expressed fears that authorities are force-feeding Abdel-Fattah, who wrote to his family that he was willing to die in the strike unless he was freed.

Abdel-Fattah, who has been imprisoned for most of the past decade, had been consuming minimal calories for months but stopped all intake of food and water on the first day of the climate conference, known as COP27.

At the Sharm el-Sheikh gathering, British Prime Minister Rishi Sunak, French President Emmanuel Macron and German Chancellor Olaf Scholz raised the activist’s case in their talks with el-Sissi. Abdel-Fattah gained British citizenship through his mother, who was born in London.

But so far Egyptian officials have shown no sign of bending. Rather, they’ve tried to portray Abdel-Fattah as not being on a hunger strike at all. Egypt’s public prosecutor released a statement later on Thursday, saying a medical team had examined Abdel-Fattah after receiving a complaint from him on November 1 and that he is in stable health. 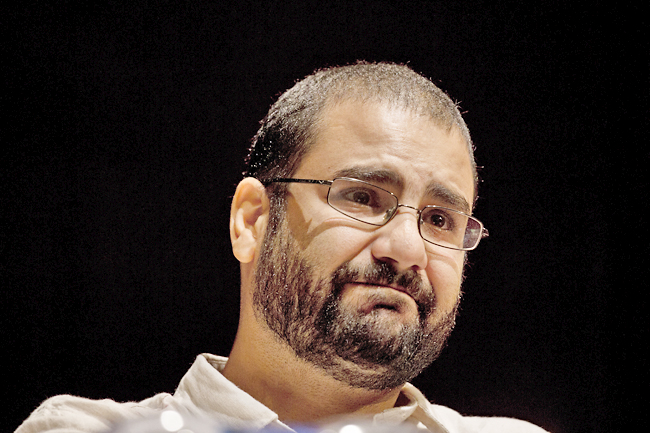