Eggs, potatoes, red meat: Are they healthy to eat?

ANN/THE STAR – Eggs remain very controversial. In the last century, they were demonised for the egg yolk, because it was claimed it contained high cholesterol.

Then, this century, nutritionists said that eggs were a healthy and good source of protein.

People began to feel it was safe to eat eggs again and started eating them in droves.

However, a research paper published in 2019 suggested that the dietary cholesterol in eggs is associated with a heightened risk of cardiovascular (heart) disease and early death.

This is in stark contrast to the United States’ (US) federal dietary guidelines and the opinions of many nutrition experts that claim eggs should be part of a healthy diet.

The US dietary guidelines had even dropped its recommended cap on daily dietary cholesterol, because they claimed that there was a lack of evidence for a specific limit.

Some nutritional studies have suggested that the cholesterol you consume in your diet does not necessarily raise your blood cholesterol. 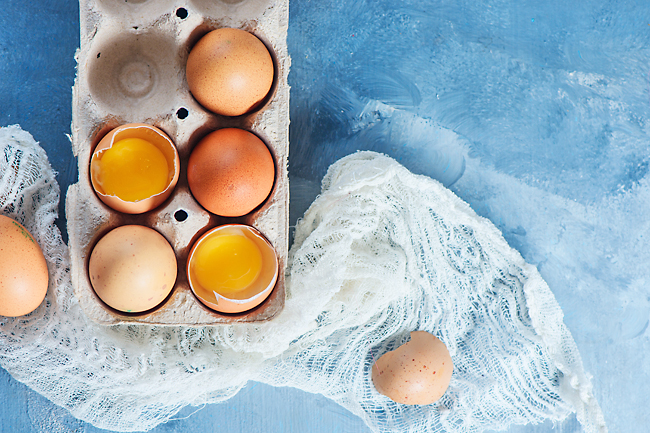 There are studies that found that people who ate an egg per day had lower rates of heart disease and haemorrhagic (bleeding) stroke than people who did not eat them.

Yet another study found that eggs didn’t have a strong effect on the risk of coronary artery disease.

The 2019 study that found eggs were risky was conducted in 30,000 people, however, which is a large enough number to make a reasonable conclusion about the topic under study.

It postulated that if you eat three to four eggs per week, your cardiovascular disease risk went up by six per cent and your risk of early death increased by eight per cent.

BUT THIS IS JUST FROM THE YOLK, RIGHT?
Yes, you can eat just the egg whites and it would be fine. But don’t forget that it is the yolks that contain the most nutrients like amino acids, vitamin D and iron.

With all the conflicting data from multiple studies, you have to decide for yourself what you want to do when it comes to eating eggs.

If you already have high cholesterol or a family history of heart disease, you may want to discuss with your doctor about what is the best for you.

HOW ABOUT POTATOES?
Potatoes get a bad rap because of their high starch content. They are also very controversial.

They are actually very high in nutrients and antioxidants. Their calorie content also depends on the type of potato you are eating.

One baked Russet potato has 168 calories, for example, compared to the red potato, which has 110 calories. Potatoes can be cooked in so many different ways, so the way you cook them can also mean whether they are healthy or unhealthy.

French fries, which are fried in oil, are definitely unhealthy.

The starch in potatoes is actually resistant starch, which means it is not digested in the small intestine.

It passes to the large intestine, which then helps nourish the good bacteria in your guts.

BUT CAN EATING POTATOES MAKE ME GAIN WEIGHT?
Eating too much of almost anything can make you gain weight!

You should exercise moderation in eating anything. Do not eat too much or too little, and eat just enough to furnish your basal metabolic rate, plus the amount of calories you burn a day through exercise.

If you like to eat potatoes, make sure they are baked with their skins, boiled or steamed. The skin contains most of the nutrients. Avoid fried potatoes.

The official recommendation for eating carbohydrates is just to divide your plate into four quarters.

IS RED MEAT GOOD OR BAD?
It is also just as controversial.

Recent research has found low evidence that red meat or processed meat is harmful to your heart or for diabetes, and is negligible in raising the risk of cancer and death.

This was published in a medical journal, and the final advice was that it is not necessary to reduce eating red meat for health reasons.

Red meat is a good source of certain nutrients like protein, iron and vitamin B12.

SO I CAN EAT AS MANY STEAKS AS I WANT?
Think of the amount of calories and sodium (salt) you will consume!

Always eat in moderation, according to what your body needs. Some studies suggest that the type of red meat a person eats makes the most difference.