LOS ANGELES (AFP) – Minnesota Timberwolves star Anthony Edwards (AP pic below) has been fined USD40,000 for using offensive language in a post on social media, the NBA said on Tuesday.

Edwards, 21, had mocked a group of men in a video posted on his Instagram page earlier this month. The video was subsequently deleted before Edwards issued an apology.

“What I said was immature, hurtful, and disrespectful, and I’m incredibly sorry,” Edwards said in a statement.

“It’s unacceptable for me or anyone to use that language in such a hurtful way, there’s no excuse for it. I was raised better than that!”

In 2021 Brooklyn’s Kevin Durant was fined USD50,000 for a profanity-laced tirade involving actor Michael Rapaport while late Los Angeles Lakers star Kobe Bryant was fined USD100,000 in 2011 for making an offensive slur against an official. 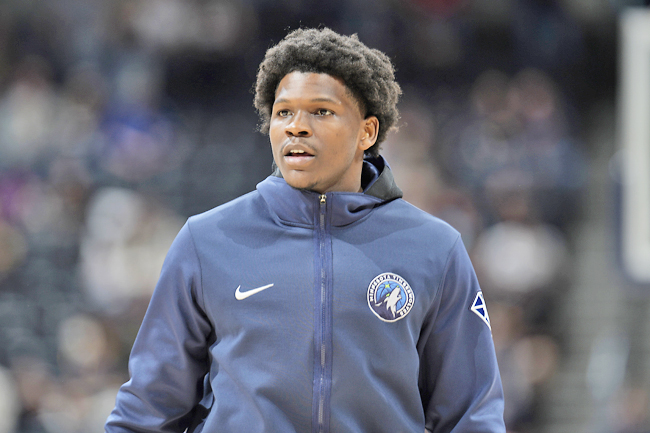