THE WASHINGTON POST – Last week, the copyright on F Scott Fitzgerald’s The Great Gatsby expired, so anyone can now use its characters and particulars to fashion their own version, much as Jean Rhys did in Wide Sargasso Sea, based on Charlotte Brontë’s Jane Eyre. That’s why we just saw the release of Nick, by Michael Farris Smith, in which the narrator of Fitzgerald’s classic novel, Nick Carraway, tells his own backstory.

But no one needs to wait for copyright expiration to use Fitzgerald’s plot, that time-honoured story in which a person on the fringe of high society becomes entangled in its enchantments and perfidies. In his second novel, The Fortunate Ones, Ed Tarkington) gives us a Nick named Charlie Boykin, whose matriculation at Nashville’s prestigious prep school Yeatman gives him a very close window onto the world of classmate Archer ‘Arch’ Creigh and his best friends Jamie and Vanessa Haltom. Arch and Vanessa, the Gatsby and Daisy in this quietly Gothic novel, have everything, but they also share their bounty with others. Early in their high school tenure, Arch realises Charlie doesn’t have the right clothes and drops off a heap of khakis, duck boots and “faded shirts with the little alligator on the lapel”. Arch and Vanessa, who will marry after they both graduate from Vanderbilt University – or “Vandy”, as they call it – and law school, seem predestined to become a couple whose home will be featured in Garden & Gun or Veranda.

Readers know from the prologue that Arch dies by suicide during his first Senate run, after serving as mayor of Nashville. Tarkington, a talented and compassionate writer, neither wishes to shock nor to prevaricate with his plot.

His fortunate characters have deep flaws and complicated pasts, and that includes the secondary ones. Charlie’s mother, Bonnie, left her genteel North Carolina upbringing when she became pregnant at 15, running away to Nashville. Though the novel is far from derivative, aspects of The Fortunate Ones echo a slew of classic novels, including As I Lay Dying, A Separate Peace (which is even mentioned), The Moviegoer and Big Fish. Astute readers could probably find many others.

Tarkington remains mindful that the Nashville of the book wasn’t perfect. There’s an intriguing subplot involving Charlie’s childhood best friend, Terrence, a Black boy with a much savvier understanding of how the world works; and when Terrence and Arch join forces during the latter’s Senate run, Charlie sees how quickly power corrupts.

Nashville can be a harsh place for a poor boy, but there’s something about the city where Charlie was raised that calls to him, especially after he leaves to explore the world beyond the American South.

Although The Fortunate Ones has some narrative flaws, uneven pacing chief among them, Tarkington’s insight into the meaning of home rings true. 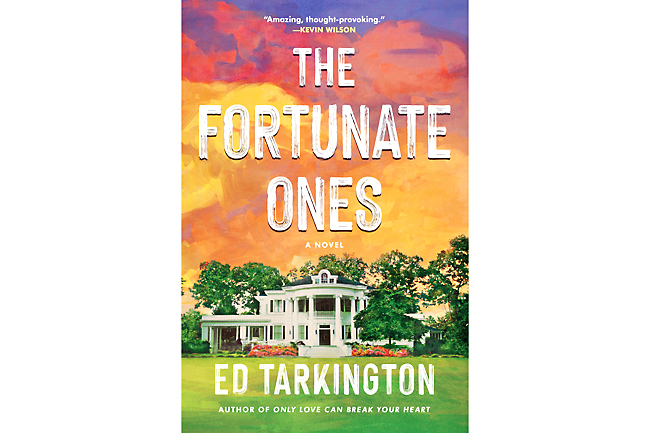