Following two consecutive interest rate hikes of 75 basis points, markets are on tenterhooks to see whether the ECB will keep up the aggressive pace or downshift to 50 basis points as the region braces for a winter recession.

This week’s meeting of the ECB’s 25-member governing council in Frankfurt will be the final one of 2022, a year that will be remembered for unprecedented consumer price shocks as the invasion of Ukraine sent food and energy costs soaring.

Like other central banks, the ECB has fought back with a series of interest rate rises – walking a tightrope between raising borrowing costs enough to tame inflation, without dampening demand so much it triggers a deep economic downturn.

ECB governors may take heart from November’s eurozone inflation data, which showed prices slowing for the first time in 17 months on the back of cooling energy costs.

Inflation remains eye-wateringly high, however, at 10 per cent and president Christine Lagarde has repeatedly said further rate hikes are needed. But the rare bit of good news has bolstered hopes that price pressures are finally easing in the 19-nation in currency club.

“I would be reasonably confident in saying that it is likely we are close to peak inflation,” the ECB’s chief economist Philip Lane said last week. 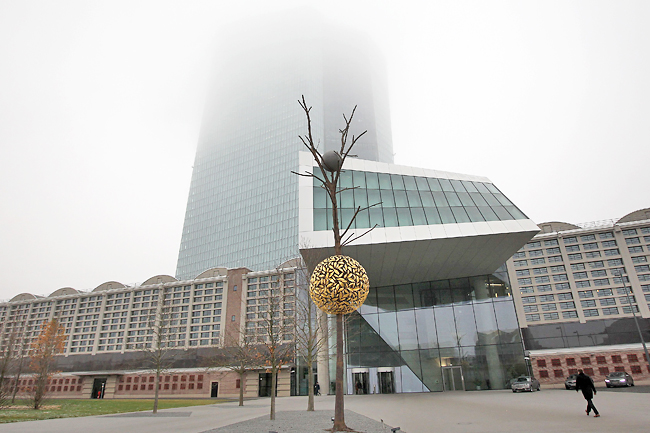