There has been an increase in the number of customers dining at restaurants since the de-escalation and easing of restrictions following the COVID-19 pandemic while supermarkets also recorded brisk business.

According to Syafie bin Haji Hanafi who manages the new Fusion Food Court in Gadong Properties said when he took over the food court on July 1, business was slow with only about 60 per cent of customers (or about 100 customers) dining in.

“But week by week, more customers began visiting the food court as people grew more confident over dining out. The easing of restrictions helped boost the number of customers,” he said.

“Business is almost back to normal these days. We try to offer different types of cuisines from Oriental to Western. I want to make it lively again.”

“I was made to understand that one renowned local supermarket recorded a 16 per cent increase in the number of customers,” he said.

The government eased restrictions at eateries such as restaurants, cafes and food courts since July 27 allowing them to operate at full capacity. Buffet services are still not allowed.

Another businessman who wished to remain anonymous said according to his suppliers in Miri, following travel restrictions, there has been a 25 per cent drop in food and supermarket businesses in Miri. “It has not taken into account the effect it has on hotel and tourism industries there,” he said. 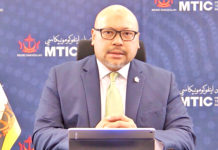 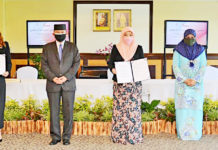 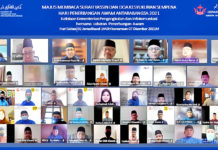