Almost everyone in this day and age is guilty of endlessly scrolling through social media. The term ‘scroll hole’ has been coined for this behaviour, whereby users mindlessly ‘swipe’ through their social media feed, be it Facebook, Twitter, Instagram, TikTok, etc.

Many repeat the same routine daily – wake up, check the phone, scroll, read, eat, scroll, watch, scroll, sleep. Especially with the constant lure of the new terrain on the landscape of communications, people are constantly connected.

Many love the inspiration gained from being in the virtual space of social media. Joyful insights, creative connections, and wise teachings would not come across without this platform, and there is so much wisdom to be had if users scroll with intention, openness and good boundaries.

Yet it is easy to get lost in the scroll hole. But users must remember to always be mindful, not mindless. Keep in mind that this technology can be a fantastic and fun tool if navigated and utilised responsibly.

Unlike with books, the escape these devices offer can quickly lead down the rabbit hole of an unhealthy routine – not just for the body, but also most harmful to one’s mental health.

Mental health experts and campaigners have previously linked the pressure associated with social media to poor mental health among the young in particular. 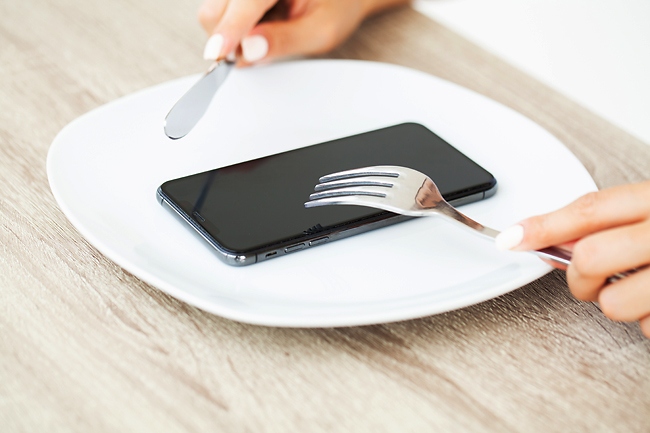 Big tech such as Facebook has acceded that intense social media use, and in particular the constant observing, checking and scrolling of news feeds, can lead to “negative self-comparison” and have users “feel worse afterwards”.

Of course, a late-night scrolling is nothing new – one of the major effects is the lack of sleep. ‘FOMO’, the abbreviation that stands for ‘fear of missing out’, may create a negative feeling that others are enjoying something more. This feeling can lead to anxiety, depression, and self body shaming.

Endless scrolling has become more prevalent too as more and more people are staying home in adherence to social distancing in the wake of the COVID-19 pandemic. In navigating through this ‘new normal’, another question comes to mind: What are the ways to stop mindless scrolling?

One of the best ways to lessen technology binges is to set a ‘social media time’ every day. This can be scheduled to a specific amount of time browsing through social media.

The way to develop this is to set timers on the social media apps. For instance, Instagram has a feature that notifies users that they have spent a certain amount of time using the app.

Meanwhile, built-in apps on smartphones such as ‘App Limits’ available for iOS users under the Screen Time menu can be set to limit usage time on some apps.

Those who don’t have a built-in ‘App Limit’ on their smartphone can have the option to download timer apps – whereby users can download timer or limiting apps instead.

Another method is to avoid placing smartphones near your bed when sleeping. Keeping the device within reach can activate the scroll hole mode, as this easily lets users check their phones first thing in the morning.

Even though it is challenging and incites FOMO, deleting the frequently used social media apps is also a good idea. One tip is to delete/deactivate the apps on weekdays, during working hours, and only reinstalling them during days off or when on-leave.

Many admit that it’s hard to stay away from their phone when it’s always buzzing with notifications. Turning these notifications off will help decrease screen time and people can tend to be more productive. In these challenging times, as more people are doing work remotely, it is challenging to keep their phones away.

Another way to deal with constant plug-ins to social media is to put smartphones or devices out of sight, especially when charging.

Social media is a powerful resource, especially when living through these unprecedented and upsetting times. It has an outreach that spans the globe over and, in the face of what’s going on in the world, it’s imperative to be best informed.

It is a fact that social media isn’t budging from where it stands as a cultural and global standpoint. For the foreseeable future, the scroll hole will continue to be a part of everyone’s daily lives and the new normal that awaits.

Although technology has gifted us with plenty, it has also to some degree taken us hostage. Life is more than the four corners of the screen – take time to relish every moment and look at the bigger picture.