Stocks in China and other developing economies notched solid gains in 2019, but lagged the blockbuster market returns delivered by publicly traded companies in the United States (US) and other developed economies.

They point to the limited “Phase 1” trade deal signed this month by Washington and Beijing. The deal, while not removing billions in US tariffs on Chinese goods, has eased trade tensions between the world’s two biggest economies.

That’s helped quell concerns that the economy in China and other emerging markets might slow down this year and raised expectations for improved company earnings.

“In emerging markets, where economies are heavily dependent on trade, the lower trade-related risk should flow through to improved sentiment and eventually improved (economic) activity data,” said Emerging Markets Strategist at UBS Global Wealth Management Alejo Czerwonko. “We believe emerging market earnings are set to recover in 2020 from a depressed base in 2019.”

The MSCI Emerging Markets Index, which tracks the performance of stocks in more than two dozen developing economies, posted a gain of 18.4 per cent in 2019. It posted a loss of 14.6 per cent the year before.

Still, that growth trailed markets in developed economies. Consider that the MSCI World Index, which is comprised of stocks in 23 developed markets, increased 27.7 per cent last year.

US stocks have been the clear winners of the global race for returns because the US economy has been on more solid footing.

Global stock markets are already pricing in better economic data and the US-China trade truce. That means company earnings growth is likely going to be the key driver for stocks this year.

While the consensus analyst forecast calls for S&P 500 company earnings to grow 9.7 per cent this year, the estimate for emerging market stocks is brighter at 15.3 per cent, according to FactSet.

Company earnings growth in the US was essentially flat through the first three quarters of 2019, and stock prices still notched big gains as investors increasingly showed they were willing to pay more for equities.

The price-to-earnings ratio for S&P 500 companies in 2019 is estimated at 20.5, according to FactSet. (The majority of earnings reports for the fourth quarter of last year will be released over the next few weeks.)

For emerging market stocks, as measured through the iShares MSCI Emerging Markets exchange-traded fund, the price-to-earnings ratio is estimated at 13.2.

Price-earnings multiples in the US, other developed markets, and emerging countries are above 10-year averages and near their early 2018 peaks, according to a recent UBS research note.

Even so, because emerging market stocks didn’t have as big of a run-up relative to earnings last year their valuations are now more attractive.

Within emerging markets, the analyst expects stocks in Brazil to be among the best performers this year, citing expectations of 20 per cent earnings growth and lower interest rates. “We also favour China,” Czerwonko said. “We expect the economy to stabilise and policy support to continue.” 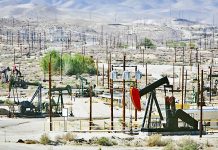