Dwelling on the past

VALLETTA, MALTA (AP) – A dilapidated villa outside Malta’s capital where a young Princess Elizabeth and her husband lived for a fondly recalled period before she became queen has become a focal point of Malta’s remembrance of the late monarch and her ties to the former British colony in the Mediterranean.

Flowers and wreaths have crowded the door of Villa Guardamangia, where Elizabeth and Prince Philip spent months at a time between 1949 and 1951, following the death of the woman who would go on to serve for 70 years as Queen Elizabeth II.

Philip, a Royal Navy officer, was assigned to Malta in the early years of the couple’s marriage.

“Visiting Malta is always very special for me,” the queen said in Malta in 2015, when she visited the island nation for a Commonwealth meeting in what became her final visit.

“I remember happy days here with Prince Phillip when we were first married.”

Unlike in some other former colonies, where the monarch’s death has conjured up memories of oppression or lasting economic disparities as a legacy of British rule, residents of Malta generally remember the monarch with respect. 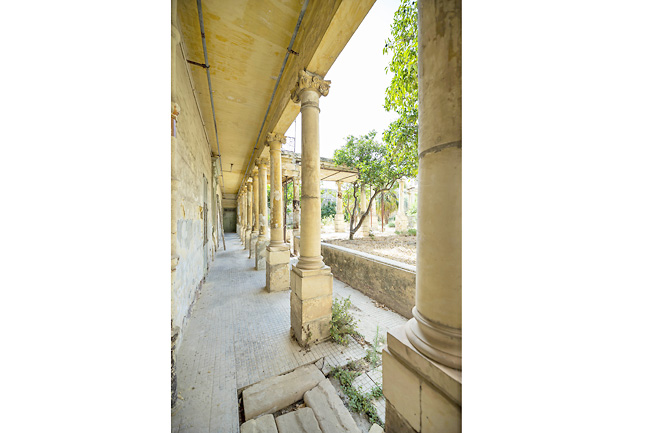 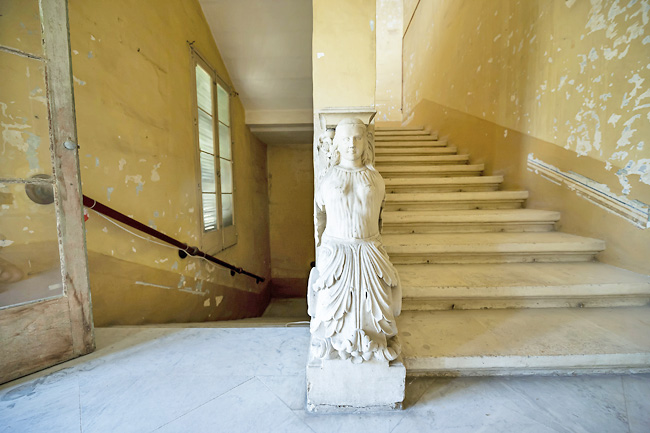 The Maltese government in 2020 purchased Villa Guardamangia, which had fallen into disrepair, and is renovating the dwelling with the aim of turning it into a museum documenting the history of Malta’s relationship with the British monarchy.

“Obviously, Malta was a colony, too, so there are people who also remember that Britain had colonised us,” said former president Marie-Louise Coleiro Preca. “But I don’t think people really mix the issue of being colonised and the queen. The queen carried a lot of respect.”

Malta’s colonial past saw political clashes and a few riots, but also some pushes for the country to become closer to the United Kingdom (UK).

After attempts by a major political party for integration with the UK failed in the 1950s, Malta steadied on a path towards self-determination and eventually gained its independence in 1964.

Elizabeth remained Malta’s head of state until 1974, when Malta became a republic.

“Having lived here when she was still a princess, Malta is the only country that Queen Elizabeth II could call home outside of the UK,” said Noel Zarb, who helped handle communications for the Maltese president at the time of the monarch’s last visit.

The Commonwealth is a political association of 56 countries, most of them former British colonies like Malta.

Zarb recalled that as recently as the 2015 meeting in Valletta, “everywhere the queen went, there was still that sentiment of warmth, hospitality and welcome”.

Coleiro Preca, who hosted the queen at San Anton Palace that year, said the queen remained interested in Malta and clearly had fond memories of her time there.

“She could remember a lot of details about Malta, especially about the time she spent in the country at the beginning of her marriage,” the former president said.

“She was also very interested in the goings on of the Maltese people.

“I remember taking her Maltese products and oranges from San Anton Garden, and her speaking to me about the food in Malta.”

Following the queen’s death, an online petition calling for a statue to be created in Elizabeth’s honour garnered some 1,400 signatures.

The initiative also sparked online debate as to whether such a tribute was appropriate.

Among the Maltese with fond memories of the queen is Aldo Muscat, whose family has a long history of providing flowers for royal events starting when the princess lived in Malta and up through when the queen came back for visits.

Muscat proudly shows off letters of thanks from her staff thanking him, his father and grandfather, who all provided blooms.

“I know the queen liked flowers so much, and we always were thanked,” Muscat said.

Such personal touches helped cement an enduring relationship between Malta and the queen.

Coleiro Preca recalled her daughter bumping into the queen in the San Anton Palace corridor in 2015.

“She stopped my daughter and started a conversation. She knew my daughter was studying in England and asked about her studies, what she intends to do in the future,” Coleiro Preca recalled.

“I could see a mother behind the person of repute.”