THE HAGUE (AFP) – The Netherlands will give Britons a 15-month grace period to apply to stay after Brexit if Britain crashes out of the European Union without a deal, a Dutch minister has said.

The Dutch move is aimed at calming fears of chaos for people and businesses in the event that there is no withdrawal agreement for Britain to leave the bloc on March 29.

Dutch Foreign Minister Stef Blok said late Monday the approximately 45,000 Britons and their relatives living in the Netherlands would no longer be able to claim residency as EU citizens if there was a no-deal Brexit.

“To prevent this, the cabinet proposes a 15-month transition period from the start of the withdrawal of the UK from the EU,” Blok said in a letter to parliament.

“British citizens and their relatives will be asked during the course of the transitional period to hand in a request for a definitive residency permit,” he added.

British Prime Minister Theresa May has pledged to protect the rights of European citizens living in Britain after Brexit, so long as Britons get the same treatment abroad.

Spain – one of the EU countries with the largest number of British residents – said on December 28 that it was preparing emergency measures to preserve their rights in Spain in the event of a no-deal Brexit.

May secured an agreement with European Union leaders on November 25 that would see Britain leave the bloc on March 29 with continued close trade and residency ties.

But concerns are mounting that May will be unable to push the deal through a deeply divided British parliament.

Britain’s interior ministry was recently accused of poor timing and insensitive language after tweeting out a “jolly” post-Christmas message telling EU nationals they have to apply to stay after Brexit. 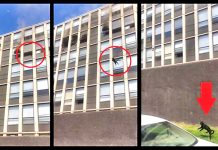