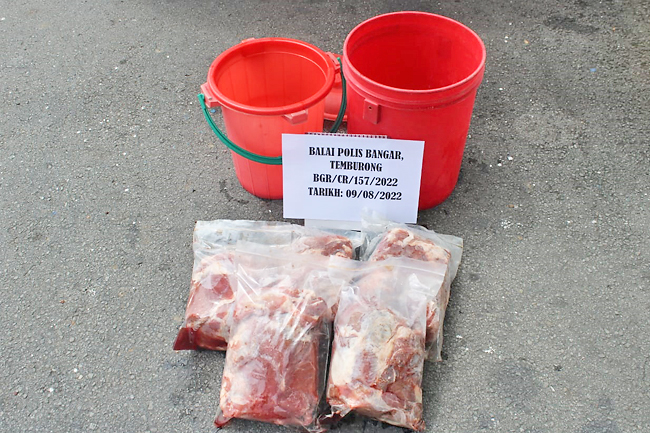 Police personnel from the Bangar Police Station detained a local man believed to be in possession of dubious meat as well as drug paraphernalia at Pekan Bangar, Temburong District on Tuesday.

Police on identifying a suspicious vehicle during a morning patrol in Pekan Bangar, stopped the vehicle for inspection, according to the Royal Brunei Police Force (RBPF).