The Bruneian artworks featured were carefully curated by Yang Amat Mulia Pengiran Anak Hamlatul Arsy Mulia, Brunei leader and representative for the programme, in the PIOR Perak Art Trail Exhibition, as part of the Visual Art Mega Programme of the State of Perak 2022 in September.

According to Yang Amat Mulia Pengiran Anak Hamlatul Arsy Mulia, they were invited by the Perak Association of Artists, whose President is Datuk Dr Ahmad Lothfi bin Ibrahim.

Apart from an art exhibition, artists were also immersed into activities that promoted cultural exchanges and fostered new friendships as well as collaborations with fellow artists. 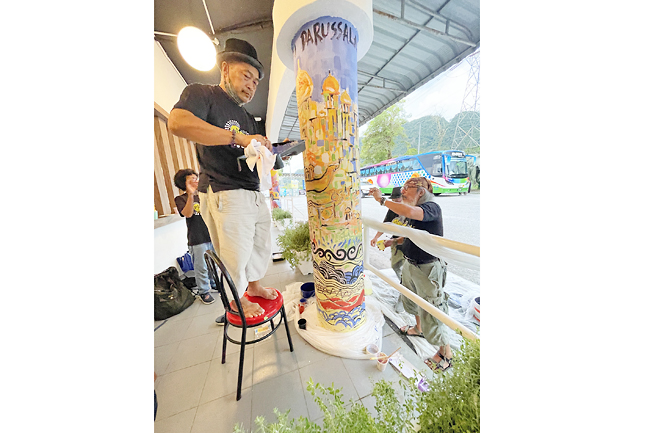 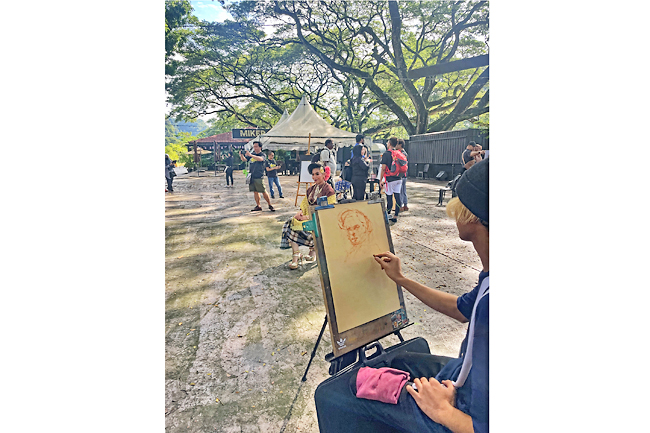 The activities included painting an art mural at a local cafe, plein air art competitions as well as exploring Perak’s most famous tourist spots, food, history and culture together.

“To be able to exhibit my work among Brunei’s veteran artists is an honour. And to be able to travel with them, after a two-and-a-half year hiatus is something that has brought a new lease of life, hope and energy, to not just me, but all the other artists’ as well,” she added.

“Travelling, making new friends, exploring a new place and city, and the experiences made have always given opportunities for me to grow and inspire me in how I create.

“So, being able to do it once again, with friends I respect, at the same time representing our country, has provided me with loads of inspiration and energy to create more and hopefully build a strong foundation to greater things to come for more artists in Brunei,” she said.

According to Singapore representative and leader for the programme Abu Jalal Sarimon, his vision is to encourage fellow artists to realise that the event is more than meets the eye.

“They can learn to see more and be more creative and prolific.

“In addition, this experience also encourages fellow artists to dream big, think big and focus on success, start with self belief and confidence, that their works are good enough,” he said.

Abu Jalal Sarimon is also an award winning artist of the UOB Painting of the Year Award 2017.

To encourage the development of the visual art scene further, an official memorandum of understanding (MoU) was signed among the artistic leaders of each country, Perak Tourism and Perak Association of Artists.

The MoU and initiative was agreed and signed together with six countries – Singapore, Malaysia, Indonesia, the Philippines, Vietnam and Mauritius – with the vision to support each other and be committed to enhance, grow and develop the visual art scene in their countries and provide various art programmes, symposiums, workshops, dialogues, camps and exhibitions.

Yang Amat Mulia Pengiran Anak Hamlatul Arsy Mulia said that it was a great honour for all the artists to share their experiences and their works with the Perak royalty.

“There will be more announcements as we move ahead with upcoming projects.

“Look out for open calls from us as we reach out to the community; as we look for like-minded and inspiring creatives to join us on this journey,” Yang Amat Mulia Pengiran Anak Hamlatul Arsy Mulia said.