BERNAMA – A commuter reaching the top of a crowded escalator at the Surasak Skytrain station in Bangkok’s Bang Rak district is believed to have fallen backwards, prompting a domino effect that left 28 people with minor injuries.

In a statement yesterday, skytrain operator Bangkok Transit System (BTS) said the incident happened at 6.38pm on Saturday and denied that it was due to an escalator malfunction. BTS had temporarily closed off the escalator for inspection after the incident and will take care of the injured, the statement read.

Deputy Inspector at Yannawa Police Station Lieutenant Colonel Somyot Bunnakaew said the incident happened when a group commuters were scrambling up the escalator following heavy rain. “It is believed that someone at the top of the moving escalator fell backwards and created a domino effect that prompted other commuters to fall on the crowded escalator,” he said.

Rescue volunteers rushed to the scene and sent the injured – two men and 26 women to nearby hospitals. 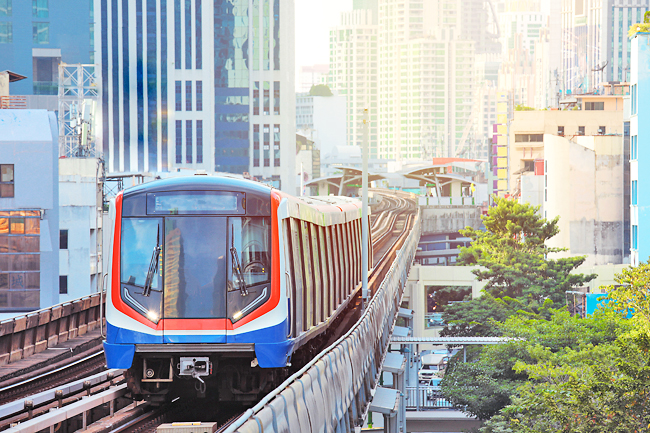