PARIS (AFP) – A slate of detentions carried out on December 12, 2020 during a Paris protest by tens of thousands of people against France’s controversial security bill were “arbitrary”, Amnesty International France (AIF) said yesterday.

Out of 142 people who were arrested, including 124 who were taken into custody, “nearly 80 per cent faced no charges in the end”, a study by the French branch of the rights watchdog concluded.

A similar proportion of detainees to charges laid was seen in the “yellow vest” movement that peaked in late 2018 and early 2019, according to Paris prosecutor Remy Heitz.

AIF, which joined an umbrella group opposed to the security bill, said it had “legitimate concerns over the possibility that there were arbitrary arrests and other violations of human rights”.

The legislation, since scrapped, would have restricted publication with so-called malicious intent of photos of on-duty police officers, a move condemned as a curb on press freedom. AIF’s Anne-Sophie Simpere, the report’s author, told AFP the December 12 protest march in central Paris did not see “notable violence”, adding that “nothing seems to justify what happened in terms of arrests or charges”. 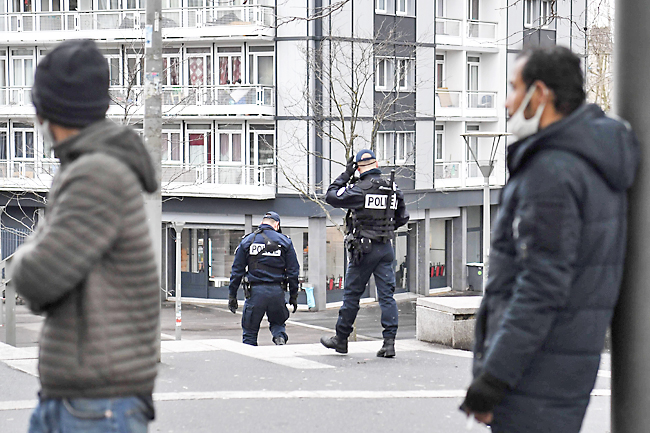 The report focussed on police questioning, medical certificates and judicial documents in 35 cases of people who were held but not charged. Two were held for nearly five hours, while the other 33 were held overnight.

A heavy police contingent preceded the marchers and flanked them on both sides, preventing any of them from leaving the protest, AFP journalists reported at the time.

On the basis of witness testimony and video footage, Amnesty said arrests were not preceded by “audible warnings” and at moments when no “significant disorder” was noted in the march.

Alexis Baudelin, a lawyer who was taken into custody, told AFP: “I was surprised by the strategy… At each intersection, the security forces charged on non-violent demonstrators without reason or warning.” The offensive tactic was aimed at preventing the formation of “Black Bloc” anarchist groups after two consecutive weekends of violent demos in Paris, the police said later.

Amnesty also pointed to “detentions based on vague laws”, notably one against “taking part in a group with the aim of planning violence”, cited in 25 of the cases studied.

In only two of the cases studied had the detainees been carrying objects that could justify suspicions of violent intent.

“It’s a catch-all offence,” Simpere said. “You punish an act before it is committed.”

Such lack of precision can “unduly infringe on human rights”, the report said.

Lara Bellini, whose 16-year-old son was held for 20 hours before being released without charge, told AFP: “They (the police) told me he belonged to a malicious band. It was incomprehensible… My son is an activist, but he is in no way a violent person.”

In five of the cases, police used a March 2019 law to slap a ban on appearing in Paris for up to six months. The ban amounts to “punishment without trial” without even the possibility of appeal, Amnesty said, calling on Parliament to scrap the legislation.