Dozens of cats were rescued from a cat grooming and boarding business called out recently on social media for alleged neglect and mistreatment of the felines in its holding facility at residential premises.

The alleged abuse had enraged many netizens, especially cat lovers, who called for the authorities to step in and for volunteers to rescue the animals.

A viral video, believed to be recorded at the said premises in Kampong Bebatik Kilanas, showed cats in cages being exposed to the scorching heat and reportedly panting from dehydration.

Sejahtera Community, a non-profit organisation in Brunei-Muara comprising animal lovers, said the cats were allegedly under the care of the business and that a police report was made against the business owner of the shop last week, with the matter currently under investigation.

On Wednesday, Sejahtera Community led a rescue effort to rehome 58 cats found on the premises. 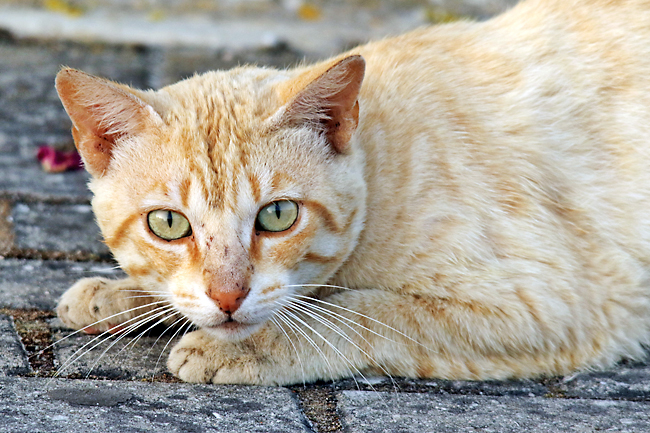 Dayangku Nooraini binti Pengiran Ahmad, one of the founders of Sejahtera Community, said that police permission was obtained to enter the compound, to rescue the cats.

“A call for volunteers, fosters and adopters to come to the residence were made in the Sejahtera Community Facebook group in an attempt to find all the cats a home. It was understood that all the cats needed to vacate the residence the same night,” she told the Bulletin.

Dayangku Nooraini said the cats were found to be in a sad state of neglect. “Cages after cages greeted those who entered the house, with an overwhelming stench of urine and faeces. Empty food and water bowls sat in the cages, with the cats crying to be let out.”

She added that some of the cats have extreme skin issues, while others have visible eye infection. “Worse still were the ones from suffering diarrhoea. Throughout the whole house, in every room, were cats crying to be let out, begging for food and water, and starved of affection.”

Sejahtera Community said that it is unknown whether the shop owner lived on the premises.

Animal lovers turned up with pet carriers to rescue as many cats as possible, according to the group.

“Volunteers took photos and details of those who are taking the cats, in an effort to ensure all these cats get the proper vet care,” the group added.

Amid the allegations, the business owner addressed the situation by posting a statement on social media which read, “Thank you for the comments, by now you might have seen a viral video linking (business name) for mistreating animals. Please, lets (sic) remind ourselves that making false accusations against someone can have very serious consequences if an allegation is particularly damaging.

“The management of (business name) have made an official police report on such false allegations. For now, let the police handle the investigation. We assure you that (business name) place our upmost (sic) care and love to our beloved pets.”