THE WASHINGTON POST – On a warm afternoon at Isle Royale National Park in Michigan this September, I found myself with two hours to spare before my flight back.

It had taken me three tries to get to this national park, which is only accessible by boat or sea plane, and I was wiped out from my morning hike. Instead of venturing out again, I bought a drink from the camp store, settled in at a plastic table outside and started writing postcards.

At a time when I can (and have) FaceTimed my mom from a volcano in Hawaii, I am still a writer of postcards.

Anytime I stop somewhere notable, I’m sure to send one to my mum, my dad, my nieces and nephews, a handful of friends and until she died in 2019, my grandmother. I started doing this in 2017 when I spent the summer going to the 18 states I hadn’t been to yet.

The habit stuck, for two reasons.

First, for me: It forces me to take a break from whatever I’m doing on the sometimes weeks-long road trips I take. 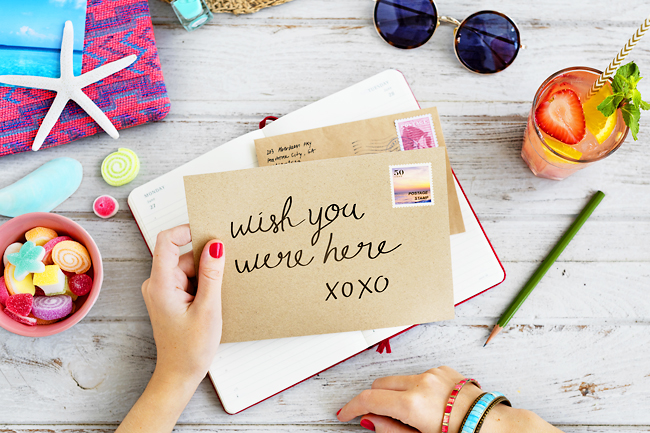 The act of picking out postcards, sitting down to write a message, address them and affix a stamp, is often enough to remind me not to rush from one spot to the next. And while I don’t often remember what I wrote, I can still see some of the writing locations: a restaurant in Hilo, Hawaii, a table at Cosmic Ray’s Starlight Café in Walt Disney World, picnic tables at the Indiana Dunes National Park and Bandelier National Monument.

There’s also the ice cream shop whose name I can’t recall, in a town I don’t remember, though I can still feel the soft fur of the owner’s cattle dog, in part because a few weeks later, I adopted a cattle dog of my own from a shelter in Idaho.

Second, it’s an easy way to make someone’s day, because while that exact image might have been printed on thousands of postcards and send to thousands of people, the ones I’m sending are coming from one person only: me.

The note might be dashed off, a pithy “hideous, obviously!” on one from Lake Placid depicting Whiteface Mountain at peak foliage, or sincere, even a little sad, like about missing New Jersey’s blueberry season despite being at a pool in Las Vegas.

I had time to think about what I wanted to say on those postcards from Isle Royale, something that would capture both the frustration of how many times I’d tried to get there and the elation of that journey being almost complete; I settled on a short and pithy: “I made it!”

A week later, my friend Katherine sent me a picture of the postcard after it arrived at her home.

“I find them intimate and one of the kindest acts,” she told me. “Who takes time to write? Buy stamps?”

At least for me, it’s the same person who still drives a stick-shift car: both experiences are more tactile than their digital counterparts, and make the act of travelling a more hands-on journey.