Don’t leave it too late

This has resulted in most cases in Brunei being diagnosed at the advance stage. She said early detection of breast cancer will lead to higher chances of survival, and regular breast self-examination for signs and symptoms will help.

The consultant was a speaker at the ‘Think Pink Take Action: A Conversation On Breast Cancer’ forum, organised by the Pantai Jerudong Specialist Centre (PJSC) in collaboration with the MoH.

Around 43.6 per cent of breast cancer cases are diagnosed at the regional stage, 38.2 per cent at the localised stage and 18.2 per cent at the distant metastasis stage, said nursing officer at the Health Promotion Centre (HPC) Hajah Noor Artini binti Haji Abdul Rahman at another talk in the Brunei-Muara District yesterday.

“The earlier cancer is detected, the simpler the treatment will be and simpler surgery is required. Meanwhile, chemotherapy may not be required and there is lower the risk of cancer returning. 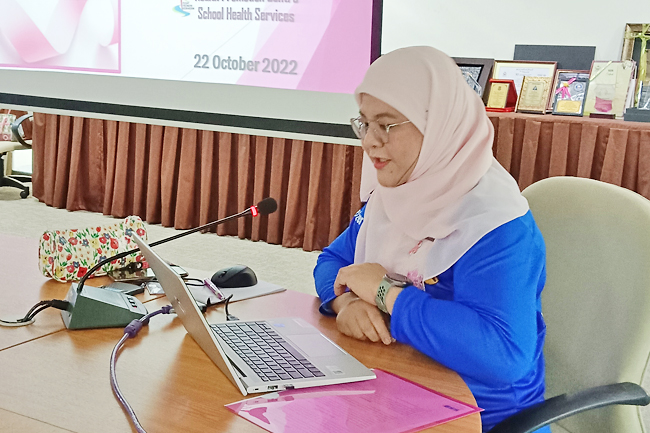 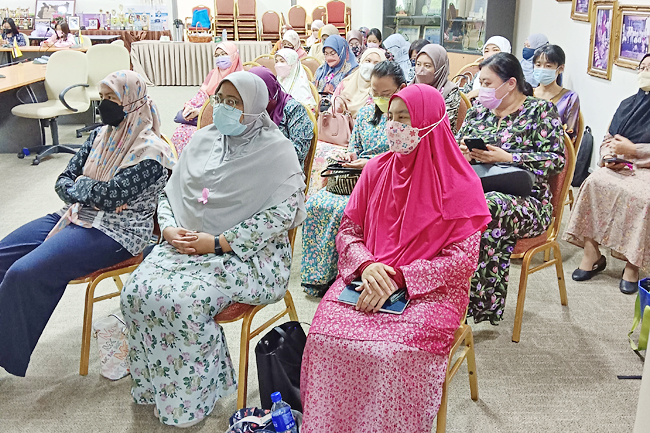 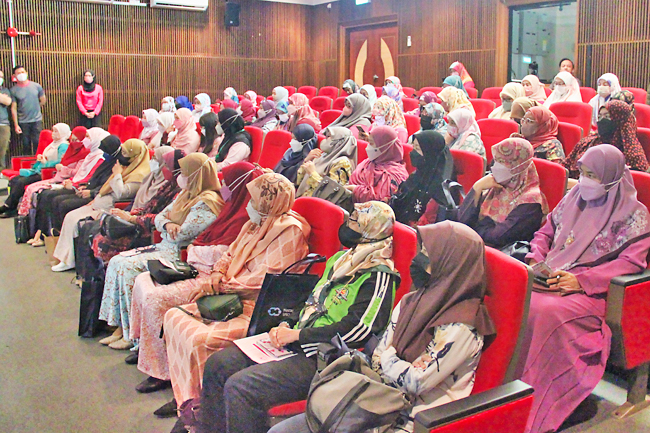 “So do regular mammograms and monthly breast self-examination, you can avoid going to the worst case if it is detected at an early stage during this process,” said the nursing officer to participants of the talk at the Meragang Sixth Form Centre (PTEM).

Talks on breast cancer were held yesterday to raise awareness on the importance of early detection and self-screening.

Clinical psychologist and mental health strategy lead at the HPC Nor Syahmun binti Haji Matassan delivered a talk on the psychological impact of breast cancer and other chronic conditions highlighting the stages of psychological impacts experienced by the patient from diagnosis, undergoing treatment to the end of treatment.

The event continued with a series of forums led by panellists including Head of the Non-Communicable Diseases Prevention Unit at the MoH Dr Ong Sok King, senior medical officer from the Brunei Cancer Centre Dr Alfredo, and clinical charge nurse from the Early Detection and Cancer Prevention Services at TBCC Sarina binti Haji Junaidi.

The nursing officer said reported incidents of malignant breast cancer in the country in 2015 were 80 cases, 107 in 2016, 80 in 2017 and 110 in 2018. She said there were 105 cases in 2019, 114 cases in 2020 and in 107 in 2021, though data collection is still being updated due to the COVID-19 pandemic in recent years. The nursing officer said some risk factors of breast cancer include exposure to high dose radiation therapy as a child, obesity, postmenopausal hormone replacement therapy (HRT) and smoking and excessive alcohol intake.

“To reduce these risk factors, it is important to practice healthy lifestyle such as regular physical activity,” she said.

KNOWING WHAT TO LOOK FOR

“During discussions with teachers, we know that they are aware of breast cancer but they do not know how to self-check,” she added.

It is important for them to be able to self-check and know the signs to look out for, Nuradina said, since they fall under the age group most at risk. Following the talk, participants were given a demonstration on how to do self-check by nurses.