The contribution was part of the company’s commitment to supporting Brunei’s sustainable development by delivering economic, social and environmental benefits.

Members of the Muslimah Group from Muhammad Jamalul Alam Mosque, Kuala Belait yesterday presented donations to orphans and less fortunate students at the Panaga Religious School as part of its Amal activity in conjunction with the upcoming holy month of Ramadhan and Hari Raya Aidilfitri.

Headmistress Hajah Mariam binti Haji Momin welcomed the delegation to the event, which saw a recitation of Tahlil for the departed.

The group plans to conduct similar events at other schools, to alleviate financial burden of the underprivileged and enliven their spirit ahead of the upcoming festivities. 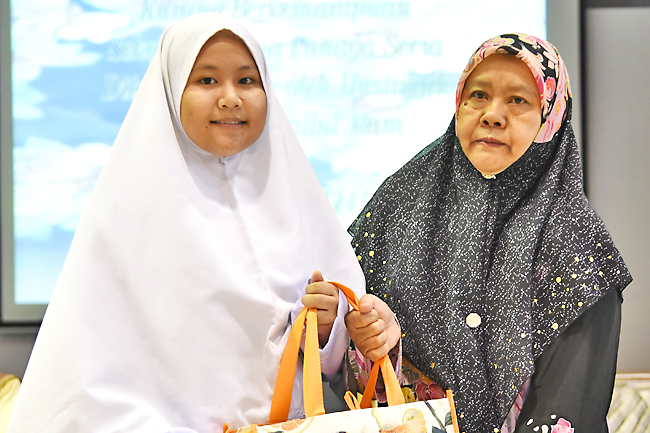 The annual programme, which started in 2018, aims to help ease the burden of the less fortunate residents during the month of Ramadhan.

Chairperson of PKPB Haji Abu Bakar bin Haji Zainal said the programme was initiated by the group as part of their social responsibility in looking after the welfare and livelihood of village residents.

Over 500 residents of Kampong Putat gathered at a Tahlil and Doa Arwah event organised by the village and Kampong Putat Mosque committee members recently.

The annual gathering began with the presentation of donation to orphans and presentation of letters of appointment to Neighbourhood Watch members by Kampong Putat Village Head Haji Jumat bin Akim.