To ease the burden of the poor and destitute, especially ahead of Hari Raya celebration, the Brunei Islamic Religious Council (MUIB) distributed BND1,957,580 in tithe collected last year to 3,130 heads of families and 10,776 dependents.

Prior to this, the Ministry of Religious Affairs’ Tedarus group visited mosques nationwide to strengthen ties among the staff, villagers and Ummah.

Meanwhile, 200 orphans from Mukim Gadong ‘B’ and Mukim Berakas ‘A’ were given a lifeline in a donation and breaking of fast ceremony hosted by the Brunei-Muara District
Office yesterday. 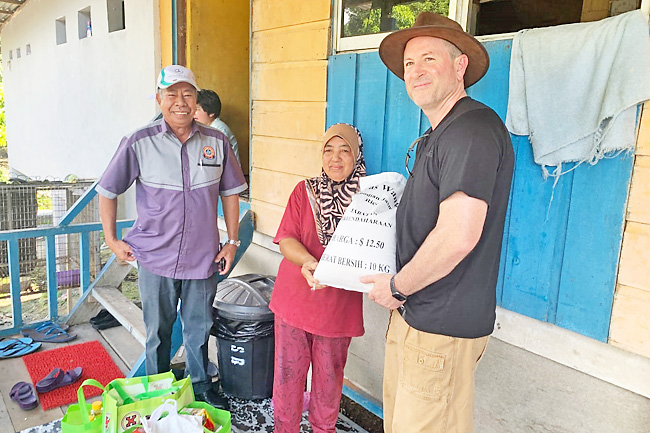 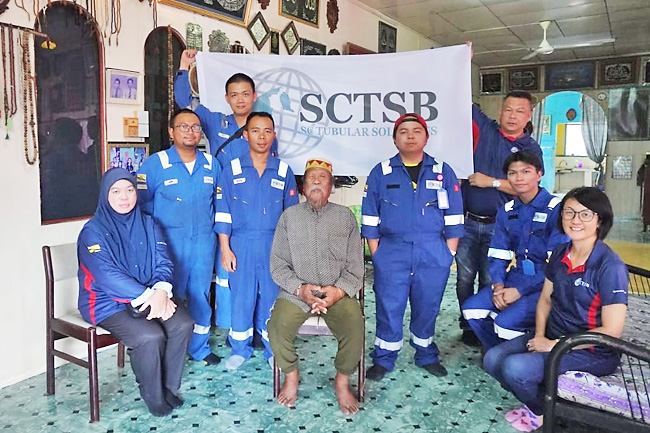 The event began with the recitation of Tahlil and Doa Arwah led by Acting Penghulu of Mukim Gadong ‘B’ and Village Head of RPN Lambak Kanan Zone 3 Haji Mahir bin Mohd Yusof.

The guest of honour handed over donations and gifts to the orphans.

In Kampong Jerudong, 33 orphans received donations during a ceremony at Al-Ameerah Al-Hajjah Maryam Mosque on Sunday.

Permanent Secretary at the Ministry of Religious Affairs Haji Mohammad Rosli bin Haji Ibrahim was the guest of honour.

The event, which also featured a Khatam Al-Quran ceremony aimed at getting closer to Al-Quran, as well as enhance the relationship between members of Al-Ameerah Al-Hajjah Maryam Mosque Takmir committee, Kampong Jerudong and Kampong Jerudong Village Consultative Council committee members.

Meanwhile, the Lifelong Learning Centre (L³ Centre) under the Ministry of Education and Brunei-United States Association (BUSA), in collaboration with Brunei Four Wheel Drive Association (BFWDA), organised a charity expedition as part of the initiative in sharing the blessings of Ramadhan.

The ceremony began with the recitation of Surah Al-Fatihah followed by Doa Arwah and Tahlil and concluded with the breaking of fast.

With support from the Community Development Department (JAPEM), SCTSB said Haji Osman bin Haji Duraman, who lives alone in Kampong Ayer and is in a dire state, needed immediate help.

SCTSB has been supporting the family since March by providing supplies and renovating the home, which amounted to BND3,500 including household essentials, furniture, appliances, repairs and maintenance.

The company said it is part of its corporate social responsibility to improve the living standards of the underprivileged.