As the show progressed, other elements were introduced. There were fab masculine overcoats falling from squared-off shoulders. Out came a few gorgeously hued (teal, forest green) fluffy feather chubbies. As a variation on the leggings-esque trousers, some strict pencil skirts, which sported slashes from the thigh down and were worn with high-shine long boots. And to finish it all off, some drop-dead cocktailania, all drape-fronted and hip-cleaving, classically ’80s/’90s YSL, in the likes of ruby velvet or — yep — more latex; one dress, in scarlet, worked to move with the liquidity of the lightest of silks, was a standout. 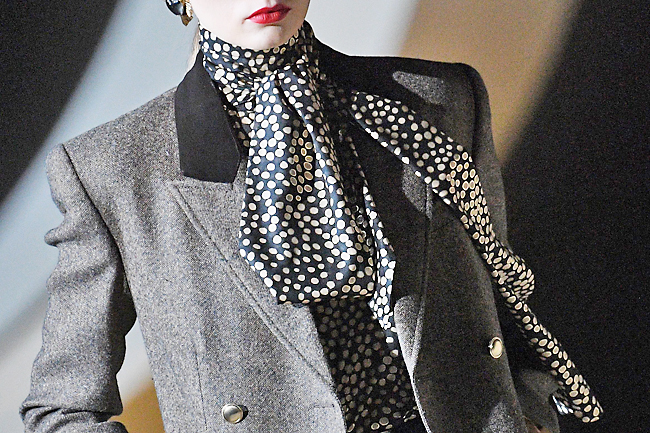 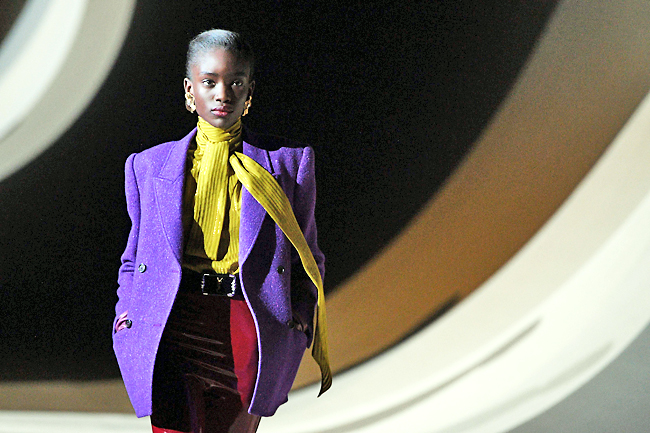 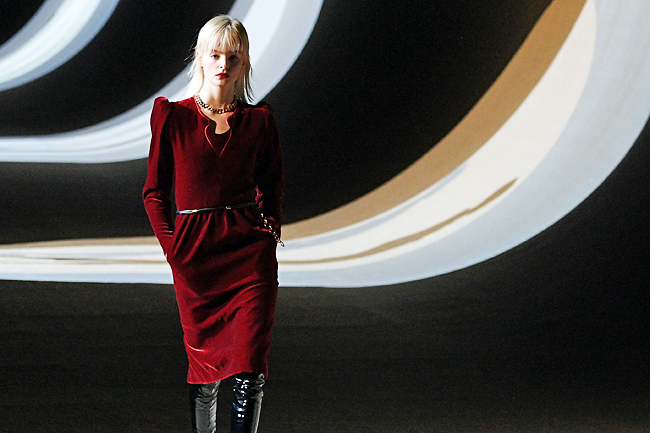 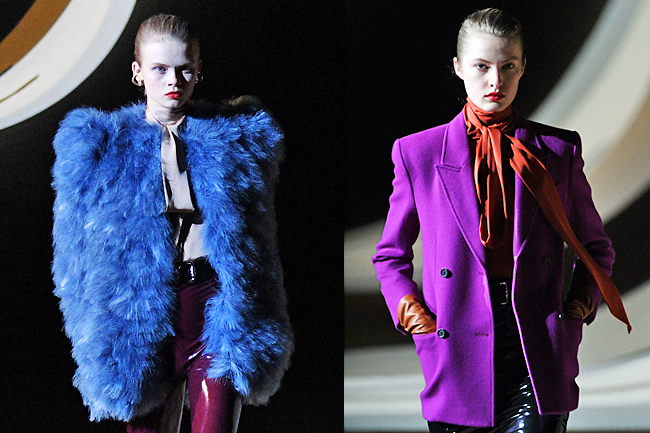 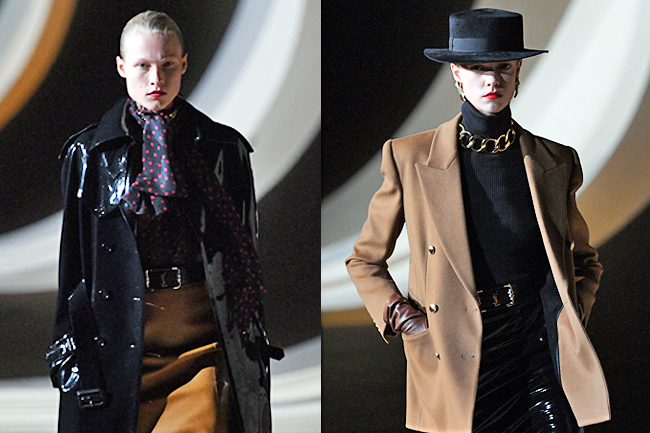 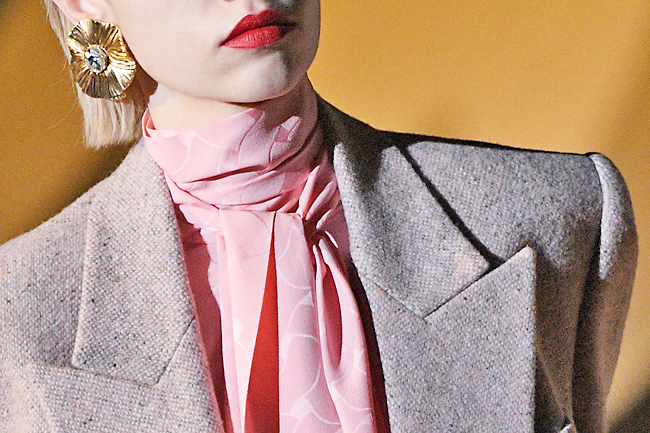