AFP – Bringing pets to work may not be so unusual in the United States (US) and Canada, but it is much less common in other countries.

However, several studies have shown that bringing pets to the office can improve the atmosphere, boost productivity and reduce employee stress. All of which could be enough to convince your employer that it’s time your four-legged friend joined you in the office!

While bringing your cat or dog to work may have sounded crazy a decade ago, in some countries, it’s no longer so unusual. In particular in the US, where for over 20 years, National Take Your Dog to Work Day has been held in June, encouraging people to bring their four-legged friend along to work! The idea is now making headway in other countries.

Beyond its fun aspect, the trend could have real benefits for employee well-being.

According to research conducted by the United Kingdom’s University of Lincoln in 2019, employees who often bring their dogs to work are 22 per cent more satisfied with theirworking conditions.

The study also estimates that owners who work alongside their dogs show greater absorption in their work (33.4 per cent) and increased dedication (16.5 per cent).

Another major argument has emerged since the pandemic. In a survey conducted by British company Bark in 2021, over 70 per cent of dog owners who work from home said that they feared missing their pet when they return to the office, more than those who said the same about their partner (42 per cent) or their children (39 per cent).

Allowing employees to come to work with their pets could therefore be a good option to encourage them to come back to the office more often!

Some sectors, such as health, food or public administrations, may have regulations forbidding the presence of pets on-site. Otherwise, it’s better to check beforehand that this practice complies with your company’s internal regulations, and remember to inform your colleagues. 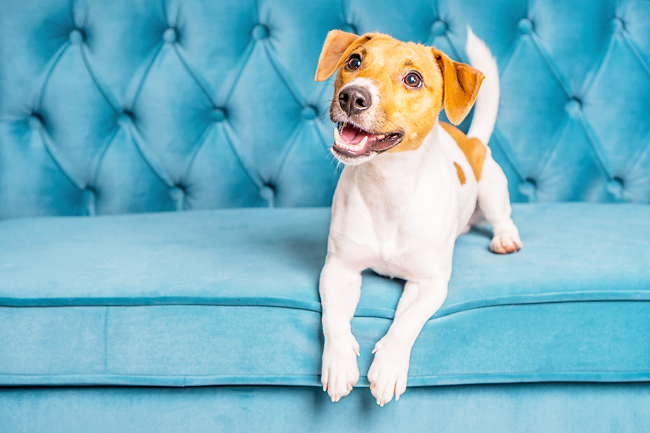