Dogs can smell stress in our breath and sweat

AFP – It is well-known that animals are sensitive to stress. And this is especially true for dogs. Researchers at Queen’s University Belfast, in Ireland, have discovered that these furry friends can actually smell stress in the sweat and breath of humans.

To reach this conclusion, the scientists conducted an experiment involving four dogs, named Treo, Fingal, Soot and Winnie, and about 40 people.

They asked the human participants to try to solve a particularly difficult mathematics problem.

The goal? To collect small amounts of their breath and sweat before and after they had attempted the task. Note that the researchers only took the second sample when they detected an increase in the participants’ blood pressure and heart rate – two clear signals of stress.

Meanwhile, Treo, Fingal, Soot and Winnie were trained to identify specific scents from a selection of odours. The scientists then presented the four dogs with the two types of samples collected from the study participants to see if they could distinguish them by sniffing them. 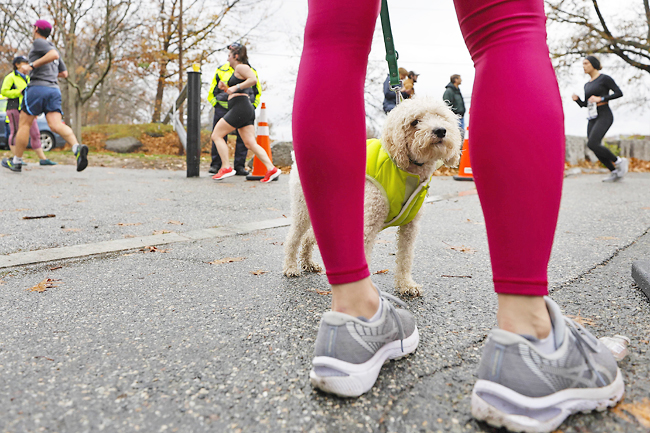 The verdict: They were all able to correctly identify the samples taken from each volunteer after the math exercise, even though they had never encountered them before.

For PhD student in the School of Psychology at Queen’s University Clara Wilson, who led the study, these results show the extent to which dogs can sense our stress.

“The research highlights that dogs do not need visual or audio cues to pick up on human stress. This is the first study of its kind and it provides evidence that dogs can smell stress from breath and sweat alone, which could be useful when training service dogs and therapy dogs,” she said in a statement.

Dogs’ amazing sense of smell is the subject of much scientific research. And for good reason, since this animal is able to recognise certain diseases that emit odours undetectable to humans. Among them are malaria, Parkinson’s disease, diabetes and some forms of cancer.

Indeed, 100 per cent effectiveness can be achieved for breast cancer, as Institut Curie reported in 2017 based on the initial results of its KDOG clinical study. Proof, if any were needed, that dogs really are man’s best friend.