Dog faces can be incredibly cute – here’s how and why

THE WASHINGTON POST – When its owner arrives home, a dog may seem to smile. When a dog wants to go for a walk, it may lift an eyebrow and look pathetic. These adorable expressions have helped create a “deep, long-standing bond between humans and dogs”, said Professor of Physical Therapy at Duquesne University in Pittsburgh, Pennsylvania Anne Burrows. They also make dogs unique when compared with species such as wolves or cats.

Burrows and her team discovered that domesticated dogs have a muscle in the eyebrow region that grey wolves don’t: the levator anguli oculi medialis. “This allows dogs to make that puppy-dog-eyes face,” said Burrows. “And wolves just don’t make that face.”

They also studied two muscles around the mouth: the orbicularis oris and the zygomaticus major. Both dogs and wolves do have these muscles.

To understand what this means, Burrows said to think of human runners. “If you’re a sprinter, you’re going to run really fast but only for a short distance. Your leg muscles are probably dominated by fast-twitch fibres”, since these can contract quickly.

“If, though, you’re a marathon runner, you might take a while to get up to speed, but you’re going to last a long time. So marathon runners probably have leg muscles that are dominated by slow-twitch fibres.” These shift more gradually into motion but then don’t get tired as soon. 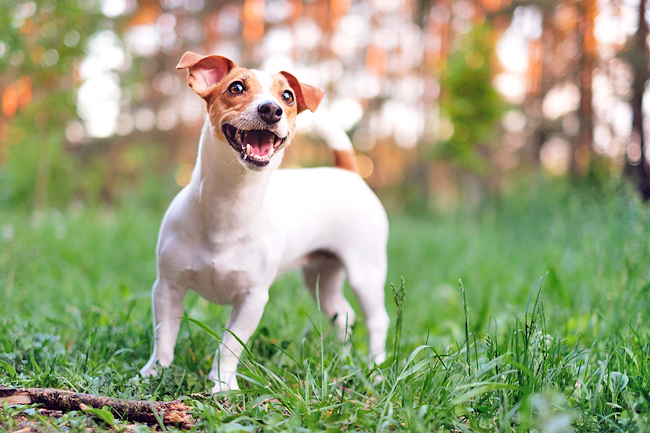 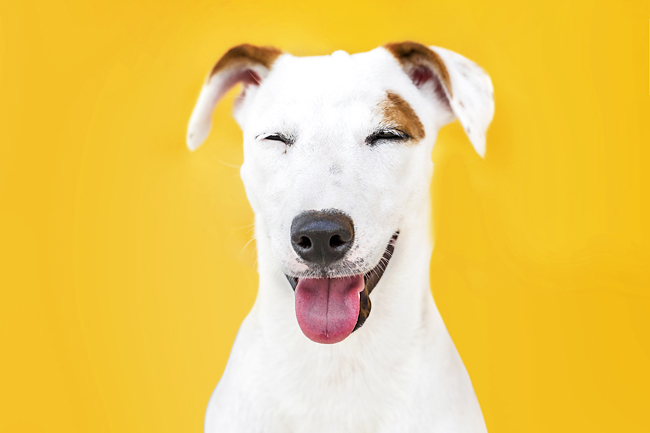 (Humans are fast-twitch face-makers, too). These fibres also mean they’re great at barking, “which is a really fast movement of the lips”.

On the other hand, wolves’ muscles are perfect for extended movements – such as howling.

“They kind of turn their mouth into a funnel, and they hold that contraction for, you know, 30 seconds maybe,” Burrows said.

But why are dogs’ and wolves’ muscles and behaviours different? One possibility is that, when humans were first domesticating wolves – which would eventually become what we now know as “dogs” – “they were choosing this animal that barked instead of howled”, Burrows said. Some 40,000 years ago, people were deciding to hang out with dogs that were good at creating alarm calls, such as indicating when a stranger was outside. It just happened to be that these dogs – the ones with more fast-twitch fibres than slow-twitch ones – could also make the sweetest faces.

Then again, maybe those ancient humans felt a stronger bond with dogs that could look cute and the barking trait was a bonus. After all, gazing into a dog’s eyes is known to release a hormone called oxytocin in both human and dog. “It’s thought to be a love hormone, a hormone that promotes bonding,” Burrows said.

As for pet cats, they have similar facial muscles to dogs but don’t generally use them to peer at us longingly. Instead, they’re mostly used to control their whiskers, which help them navigate their environment. Those movements don’t usually get an emotional response from humans.