THE WASHINGTON POST – Exercise and mindfulness training did not improve older people’s brain health in a surprising new study published this week in JAMA. The experiment, which enrolled more than 580 older men and women, looked into whether starting a programme of exercise, mindfulness – or both – enhanced older people’s abilities to think and remember or altered the structure of their brains.

“We thought we would find gains from exercise and also from mindfulness and especially from a combination of the two,” said head of the department of psychiatry at Washington University School of Medicine in St Louis Eric Lenze, who led the new study.

The results seem to call into question the ability of exercise and other lifestyle changes to fight cognitive decline with ageing.

But they also raise new questions about whether we really understand enough about the brain and mind – or how to study them – to know if we are changing them when we walk or meditate.

“Given other studies have found a significant relationship between mindfulness and exercise and cognitive and brain health, how do we explain the current results?” wondered Art Kramer, the director of the Center for Cognitive & Brain Health at Northeastern University in Boston, who has extensively studied exercise and the brain, but was not involved with the new study.

The answers may have implications for any of us who hope being physically active helps keep minds sharp well past middle age. 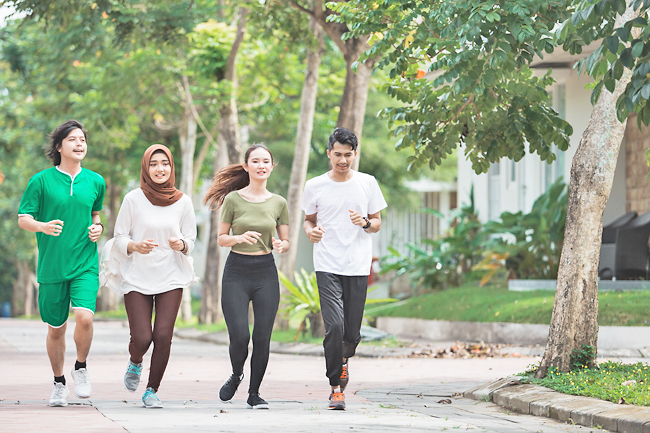 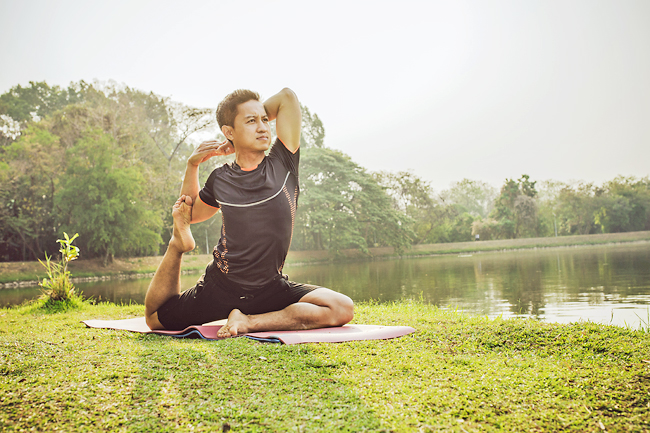 Certainly, a wealth of past research suggests our lifestyles influence our brain health.

Exercise, in particular, has seemed to play a key role in how well we think and remember with age.

A 2011 review of earlier studies concluded, “there is growing evidence that both aerobic and resistance training are important for maintaining cognitive and brain health in old age”.

Bolstering that claim, a famous 2011 study of 120 older men and women found those who started exercising moderately, mostly by walking, improved their scores on memory tests and increased the size of their hippocampus, a portion of the brain crucial to memory function, while those in a sedentary control group experienced declines in their hippocampal volume and memory skills.

Similarly, mindfulness has been associated with improvements in some aspects of memory and thinking among the elderly, presumably because it helps reduce stress and distractions.

But much of this research was short-term and small-scale, involving perhaps a few dozen participants, or it was epidemiological, meaning it found suggestive links between physical activity or mindfulness and sharper minds, but did not prove they directly better people’s brains.

A NEW STUDY OF EXERCISE, MINDFULNESS AND THE BRAIN

Which makes the new study noteworthy. Beginning in 2015, its authors, primarily based at Washington University or the University of California at San Diego, recruited 585 healthy but inactive men and women aged 65 to 84.

None of the participants had been diagnosed with dementia, but all told researchers they worried their thinking and memories were duller than before.

The scientists tested everyone’s thinking skills, focussing on attention, working memory and recall of words or pictures, and also scanned their hippocampal volume, then randomly assigned them to various groups.

After six months, they took their routines home, exercising mostly on their own for about an hour a day for another year.

A second group learned mindfulness-based stress reduction, combining meditation, yoga and mental exercises, under supervision for six months and on their own for the next year.

A third group both exercised and meditated several times a week, while a control group attended twice-weekly classes about healthy living.

After six months and again after 18, the researchers repeated the cognitive tests and brain scans. By the end, almost everyone’s hippocampal volume had shrunk, whether they exercised, meditated or not.

At the same time, their cognitive scores had risen slightly, a universal – but misleading – improvement, Lenze said. If exercise or meditation had actually benefited people’s brains, their scores should have been higher than those of the control group.

Because they were not, he said, he and his colleagues attribute any gains to “people getting better at taking the tests”.

WHAT THIS MEANS FOR EXERCISERS AND THE AGEING BRAIN

So, do the results indicate working out and mindfulness are pointless for brain health?

“I think this study tells us we don’t know nearly as much about the brain as we think we do,” Lenze said.

Exercise and mindfulness did not improve certain cognitive tasks in this study, he said, but perhaps they would aid other types of thinking or maybe their effects would differ in people with greater or lesser existing memory concerns.

“I think the authors conducted a very rigorous study,” said Teresa Liu-Ambrose, the director of the Centre for Brain Health at the University of British Columbia in Vancouver, who studies exercise and the brain, but was not part of this research.

But she also questioned the narrowness of the specific tests and analyses used to measure changes in people’s thinking skills.

So did Mark Gluck, a professor of neuroscience at the Center for Molecular and Behavioral Neuroscience at Rutgers University in Newark.

“Had the researchers used more-sensitive behavioral measures” of how well people think and remember, he said, “their reported outcomes might well have been quite different”.

Other brain scanning techniques likewise might have discerned meaningful changes inside people’s brains by the study’s end, he said.

Overall, the new study’s results “importantly suggest that future studies should carefully consider the characteristics of the study populations” and the exercise and mindfulness routines used, “to sort out the ambiguity” about whether and how they affect aging minds, Kramer said.

What the findings do not suggest is that working out or meditation are futile, Lenze said.

“We do not want people to get the message they shouldn’t exercise.”