Djokovic to get visa for 2023 Australian Open

SYDNEY (AFP) – Former world number one Novak Djokovic will be granted a visa to play in the 2023 Australian Open, local media reports said yesterday, despite his deportation from the country ahead of this year’s tournament in January.

The Australian government had decided to grant the unvaccinated Serb a visa for the Grand Slam contest, overturning a three-year ban after his ejection from the country, said national broadcaster ABC and other domestic media.

This year’s championship was overshadowed by nine-time Australian Open champion Djokovic being put on a plane on the eve of the contest after a high-stakes legal battle over his visa status.

Djokovic’s three-year ban can be overturned at the discretion of Prime Minister Anthony Albanese’s centre-left government, which is different to the conservative coalition in power when he was kicked out. 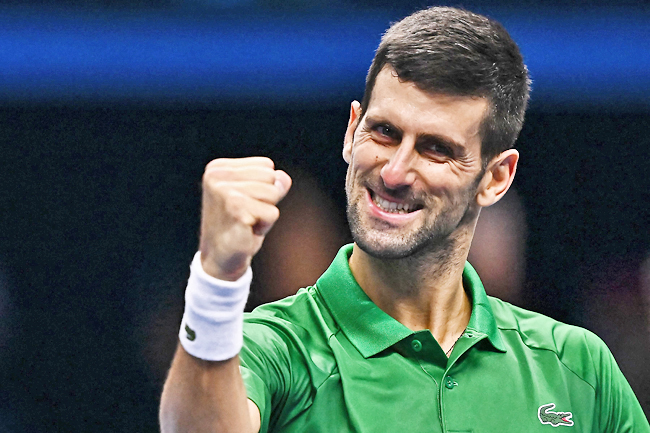 Over the past month there have been hints that the Australian government might have a change of heart.

“Nothing official yet,” Djokovic told reporters after winning his opening match at the ATP Finals in Turin on Monday night.

“We are waiting. They are communicating with the government of Australia. That’s all I can tell.”

Last month, Australian Open chief Craig Tiley said he had spent time with Djokovic recently and the Serbian wanted to return for the first major of the year in January in Melbourne.

“What we’re saying at this point is that Novak and the federal government need to work out the situation,” Tiley told The Age newspaper at the tournament’s launch.