Since the very first entry in the Ys series of video games came out in the 1980s, the franchise has gained quite a following, especially in Japan.

For those familiar with the Ys franchise, you’ll notice that Ys Origin doesn’t feature its usual red-haired protagonist, Adol. That’s because the game takes place about 700 years before Adol’s timeline. In short, Ys Origin is a prequel to the earlier entries in the franchise, but you don’t necessarily have to play the previous games to enjoy it.

The story begins with the floating land of Ys described as a safe haven for humanity, but chaos ensues following the disappearance of its goddesses. A search party ventures to the surface, which is now a barren land where monsters roam freely. Their investigation leads them to a massive mysterious tower, which the player must reach the top of to save the goddesses and humanity as a whole.

At its core, Ys Origin is a hack-and-slash dungeon crawler. The gameplay is fun, crisp and buttery smooth. You can choose any of the two main characters at the beginning – axewielding Yunica and magician Hugo. The third character will be unlocked when you beat the game with both Yunica and Hugo, and is intended for the more experienced players.

Each character has a distinct fighting style with chargeable magical attacks that you can switch around seamlessly. With Yunica, you focus on heavy melee combat and you can stun enemies with a downward aerial strike. Hugo can shoot magical beams from a distance but moves slower compared to Yunica.

The game can be fairly challenging at times, especially during boss battles, but you can usually overcome that by memorising their attack patterns and levelling up a bit.

Ys Origin is a fast-paced game – you can only heal during regular battles when monsters drop potions. There’s no way to heal during boss battles so every hit counts, which makes an exciting button-mashing experience and even more satisfying when you finally beat them.

As for regular monsters, they often drop items that have certain effects like more experience gain and higher attack damage. It can be addictive slashing through the monsters and try to prolong the effects as long as possible as you keep up the momentum.

There’s one minor downside – you pretty much get stuck in the same dungeon throughout the game no matter who you play as. Thankfully, the gameplay makes up for it with its distinctive levels, designs and types of monsters.

Ys Origin also encourages players to explore every nook and cranny, with items to upgrade your weapon and armour hidden throughout the dungeon. There’s no map, but the dungeon layout is pretty forgiving and you can teleport between the save points, which are plenty abundant. Overall, I didn’t have any major problem navigating my way through, apart from one situation where I had to backtrack and forgot where I had to go, but that worked out in the end.

While the gameplay definitely knocks it out of the park, the story and characters are a bit lacking. This isn’t necessarily a bad thing. Ys Origin is a linear game that seems to prioritise on making its gameplay enjoyable, and it ticks all the boxes in that aspect.

To wrap up, Ys Origin is a must for fans of the series who want to know how it all began. For newcomers, this game is a quality dungeon crawler that could introduce you to an underrated franchise. 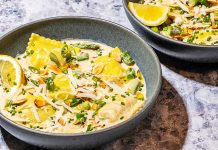 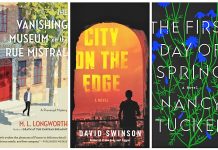 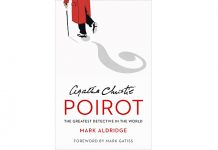 Who is the greatest fictional detective? A new book reminds us why it’s Poirot