UPI – Visitors to a park in California’s Los Angeles County have been dealing with an unusual problem in recent weeks – constant attacks from dive-bombing crows. Multiple visitors to Noble Park in Hermosa Beach reported being dive-bombed by crows in recent weeks, with some saying the birds were most likely to attack dog-walkers.

“They’re just coming out of the trees and kind of dive-bombing you and trying to get you out of the park,” Dan Cohen, who was recently attacked by the crows, told NBC Los Angeles.

The crows haven’t caused any serious injuries, but the Beach House Hotel, located across the street from the park, hired a falconer to use his trained hawk to scare the birds away twice a week.

The falconer, James Andrade, said the crows have even attempted to mob his hawk, Richter.

Owner of Wild Birds Unlimited Bob Shanman said crows are particularly aggressive in May and June, when their eggs are hatching. He said the birds are highly intelligent.

“Crows get facial recognition,” Shanman said. “They know how to fashion tools to get food. They’re omnivorous, will eat anything.”

Experts recommended visitors avoid the park in the early morning, when the crows are most active, and make sure to keep their heads covered and pets leashed while in the park. 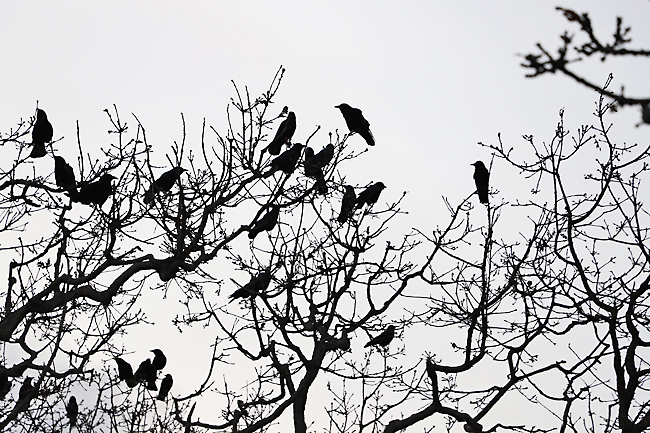