Disposing of excess medications safely is essential for our health

ANN/THE STAR – Malaysia is highly dependent on its water sources, with 99 per cent of the water supply for domestic use coming from surface water such as streams and rivers.

Research by the World Economic Forum has shown that the concentration of pharmaceuticals in waterways is reaching dangerous levels. This is both detrimental to human health, as well as the world’s ability to deliver on the United Nations Sustainable Development Goals to provide clean drinking water and sanitation for all by 2030.

Malaysian Community Pharmacy Guild president Foon Hwei Foong recalled that about 15 years ago, prior to proper disposal systems and awareness of the serious implications caused by the improper disposal of drugs, just throwing them away with the rubbish, or crushing pills and flushing them down the toilet, was considered normal disposal behaviour among consumers.

However, medications disposed of in this manner will either end up in landfills, where the materials can leach into ground water and eventually make their way into the rivers that provide our drinking water, or straightaway enter our rivers via the sewerage system.

Indeed, a lecturer from Monash University Malaysia’s School of Pharmacy Dr Saw Pui San, shared that there have been reports of contraceptive medicines disposed of in this manner causing sterilisation of fishes in the ecosystem. 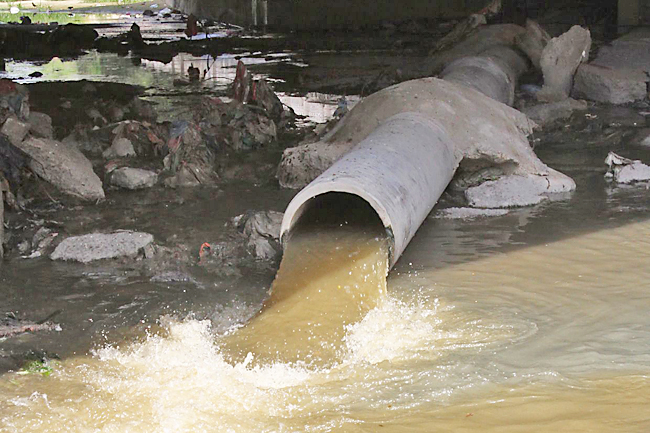 She also emphasised how antibiotic resistance, considered as one of the top 10 global health threats facing humankind by the World Health Organization (WHO) could be fuelled through the prevalence of discarded antibiotics leaking into our water systems. In terms of regulations and practice in Malaysia, Malaysian Pharmacists Society president Amrahi Buang noted that the appropriate laws and policies are in place across all access points of medication distribution. He suggests that a lot has been done in terms of policies, beginning with the Malaysian National Medicines Policy, which clearly states the measurements and governance in place for medication safety. However, the problem ultimately circles back to the lack of education in health and medication literacy among the public. As such, Amrahi said that pharmacists have to be on the frontlines as the guardians of medicines.

Instead of working in silos, community pharmacists should be strongly encouraged to work collaboratively, not just with each other, but also with other healthcare stakeholders to educate on, implement and practice the safe disposal of medications throughout the health ecosystem.

After all, he said, “The pharmacy is the health hub of the community and pharmacists are the most accessible healthcare providers.”

Foon, Dr Saw and Amrahi were sharing their views at an industry roundtable on the topic of ‘Safe Medication Disposal Practices in Malaysia. Past, Present & Future’ at Monash University Malaysia in Sunway, Selangor, in December 2022.

The three representatives from pharmaceutical companies at the roundtable agreed that all stakeholders should be working together and sharing the load and responsibility for safe disposal of medication. However, both GSK Communications and Government Affairs director David Lin and Duopharma Ethical Classic Business general manager Alvin Seah said that the movement for safe medicine disposal would be more effective if distributed across the various stakeholders and parties, and not just reliant upon community pharmacies.