WASHINGTON (THE WASHINGTON POST) – I’ve got this new Sunday morning routine. I get up, make some tea, grab a few bags and hit the farmers market down the street for the week’s needs and indulgences.

I visit the nice couple from the hen farm for eggs, drop by the pasta guy for bucatini, see the mushroom dude for shiitakes, say hello to the herb girls for rosemary. Then, depending how much room remains in my bag and/or bank account, I go see the record guy to stock up on operas and string quartets.

And much like the way I turn each onion around in my hand and scrutinise each peach for bruises, I slide the records from their sleeves one by one to inspect them for the inevitable imperfections and ostensible flaws that will either earn them a return to the stacks or endear them to my heart.

Tiny Vinyl is vendor and designer James “Ty” Cumbie’s semi-regular operation at the adjacent Dupont Little Flea Market on Sundays. It’s a modest spread of four carefully curated milk crates of LPs – a mix of rock, soul, jazz and classical that seems to anticipate in its efficient yet expansive assembly one’s most unpredictable urges.

While we’re at it, file this whole classical vinyl jag I’m on under ‘Predictable Urges’ – which would make a fantastic name for a punk band.

I’ve been collecting vintage vinyl since I was old enough to drive to my hometown Goodwill, where a similar array of much dustier crates offered a far less discriminating abundance of abandoned LPs for 50 cents a pop.

Apart from a beat-up copy of Whipped Cream and Other Delights by Herb Alpert and the Tijuana Brass, I never knew what I was going to find in my foraging, which, I suppose, was a big part of the point.

In my mid-90s crate-digging days, vinyl records were experiencing the very first tremours in what would, by the aughts, become a substantial comeback – one that is still ramping up.

In 2020, nearly 28 million vinyl records were sold, according to MRC Data’s most recent report – that’s 30 times more than in 2006 (when some analysts said this steady 15-year climb commenced) and counts for more than a quarter of all physical album sales (however dwindling those sales may be on the whole).

The rise of such services as Vinyl Me Please, VYNL and Amazon’s new Vinyl of the Month Club are banking on the future of vinyl as a marketable physical format by harking back to the old-school subscription models of Columbia House and Time/Life (which I’m still not certain I ever cancelled).

But those services also mimic the intimacy of the vinyl hunt, taking the kind of exchange I have with, say, Ty at the flea market, and blowing it up to scale by connecting vinyl-curious consumers with “hand-curated” stacks of albums.

The discovery of new-to-me music was certainly central to the quest when I started collecting vinyl, but I also found myself savouring the anachronistic features of the form: the comparably jumbo artwork, the overzealous flaunting of “high-fidelity” and “stereophonic sound”, the inscrutable inscriptions scratched into the innermost ring of the plate, the lingering traces of the lathe.

Vinyl’s resolutely throwback vibe aligned with other aspects of my nascent cultural life: listening to punk bands on used seven-inch singles; wearing hand-me-downs sourced from older brothers and thrift stores; abusing the copy machines at Kinko’s to produce handmade zines that gently degenerated with every copy.

I treasured wear-and-tear; trusted damage and distress; and savoured the authenticity of tape hiss and surface noise. I could imagine no response more appropriate to an increasingly glossy and synthetic world than a resolute dedication to imperfection. (And if The Washington Post‘s comment sections are any indication, I’m nailing it.)

Needless to say, CDs and I never really hit it off.

I remember resenting them as soon as their awkward long boxes started filling the album bins at our local Record Town. You had to be really careful with them. They required tucking into plush binders just to leave the house. One little scratch (usually from the little ring of teeth meant to keep them in their cases) could reduce a feral Fugazi track into a loop of stuttering gibberish, or instantly render a hot new release into a USD20 coaster.

I disliked their peacocky sheen and illegible surfaces. They had so much to hide and so little to show. I found their opacity smug. And none of their futurist visual flair could distract me from their unapologetic status as a stopgap lodged between eras. It’s like they knew they were already trash.

I could go on – their perpetually cracking jewel cases, their shrunken artwork, their increasingly squinty type (that one may just be me). But what really rubbed me the wrong way was CDs’ disposal of the physicality of the music-listening experience, their frictionless, laser-focussed commitment to clarity and fidelity.

The idea was that this transparent new medium would make the music feel closer, but it often felt uncannily clear. I missed the mediation of media, the middle man of a dusty groove and an iffy stylus, the fuzzy influence of a well-worn tape head, even the aggressive compression and airborne grit of the radio.

I watched with glee as the maw of the aughts swallowed up the living landfill of the CD era. Since peaking in 2000, CD sales have dropped by about 97 per cent, according to the Recording Industry Association of America. I bought exactly none of them.

Which isn’t to say that the streaming era has softened me to digitally distributed music. These days, just short of a terabyte of beloved albums, passing fancies, random recordings and unidentifiable MP3s trails me (and my devices) around, hovering above in “the cloud”, waiting to be reassembled by my attention like a dream in storage.

It’s all ground down into binary bits, reduced to digital dust on a virtual shelf in some distant server. It feels strange to even refer to it as a “collection”, now that the music is linked to me only by the strings of a digital license and the strands of memory.

When I first set up shop last year at The Washington Post‘s classical desk, I knew I’d have to recalibrate my hate/hate relationship to CDs – to which classical music seems unbudgingly betrothed.

One could trace this attachment back to the earliest known – and thus, relatively iffy – lore of CD development, an alleged format war that brewed between Sony and Philips to claim the standard size (ie the compactness) of the disc. The conductor Herbert von Karajan (who then recorded for Philips subsidiary PolyGram) is said to have “demanded” at least 74 minutes – long enough to accommodate Beethoven’s Ninth, and notably his standard-bearing performance of it with the Berlin Philharmonic.

But the co-dependent relationship between classical music and compact discs has always struck me more as an extension of equally stubborn notions of perfection – an idea that “The Music” must be mediated by as little interference as possible – that the goal all along was for music to shed its physical form and rise entirely from the untainted/untinted virtue of the virtual.

Our decades-long insistence as listeners that recorded music feel less like a recording has always struck me as a strange stripe of aesthetic denial. Where else is the medium held to such unfair account?

Film buffs regularly rage against the uncanny clarity of CGI, mourning the loss of celluloid’s glow and grit. Bookworms squint at poorly selected typefaces and wince to thumb crummy paper stock. Pop purists lament the ascent of Auto-Tune for buffing the corners of our most perfectly imperfect medium, the human voice.

Even when music isn’t recorded, our bodies serve as the reliably degrading media through which we experience it. The peaks of my audible range have been dulled by decades of proximity to loud amplifiers; my tinnitus hangs out like tape hiss. Who am I to demand perfection?

Sometimes the rough edges of a medium are what allows us to get a grip on it. When I hold a record in my hands, there’s no getting around its physicality, its presence, its here-ness. Stamped into vinyl, The Music becomes a thing to behold and be held.

I like the way vinyl forces you into a more attentive way of listening. A 1983 box set of Verdi’s Aida by the New Philharmonia Orchestra under Riccardo Muti keeps me as close to the phonograph as my seat would keep me to the stage. I follow along with an amply sized libretto in my lap, waiting to hand-sequence the sides (this three-LP set is sequenced to be played by an autochanger). It feels a little extra, sure, but also feels like tending a fireplace, complete with crackle.

I also enjoy vinyl’s artifactuality, if that’s a word.

A stash of contemporary compositions I liberated from the subshelves of Som Records and the back bins of Joint Custody bear the critical markings of their previous owners. A bold Sharpie’d X drawn across the insert of an octet by George Enescu brands it unlistenable, and the same hand enthusiastically stars and circles a Grand Quartet for Flutes by Harvey Sollberger. The silent echoes of a long-gone stranger’s yea or nay give me something to play with as I listen.

My deepest delight probably comes from the design of old classical records.

I picked up a set of Brahms and Schumann quartets based purely on the inky Yves-Klein-esque blue of its box. I reliably swoon over the big yellow crest on original Deutsche Grammophon pressings of virtually anything. A 1971 “Red Seal” RCA box set of Handel’s Orlando from the Handel Society of New York oozes Helvetica chic. And a 1982 Composers Recordings release of works by Martin Bresnick and DC’s own Jeffrey Mumford feels smuggled from a moment in time – and, according to a stamp on the back, appears to be long overdue for return to the American University Library.

Coursing below all of these seemingly superficial pleasures is a more profound allure that goes back to the hunt. There’s something about the subtraction of choice that I like – the chance encounter with a record that will spill its secrets only once I get it home. Playing a long-unplayed long-player and ending its decades-long silence can be the beginning of a beautiful relationship that never has the same conversation twice.

Most of the LPs in my collection came into my life as complete strangers, and they remain on my shelves as dear friends (or likable acquaintances).

And when circumstances see fit, one day they’ll find their way into a bunch of boxes and a couple of dollies. They’ll be wheeled out of my house and into someone else’s. They’ll get sorted through and looked over and marked with little stickers and codes pertaining to their conditions. They’ll get split up and batched into crates and set onto a folding table at a flea market. Some kid with USD5 will pick the one with the most X’s scrawled across the back cover, bring it home and have her mind blown by some crazy octet. 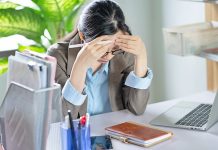 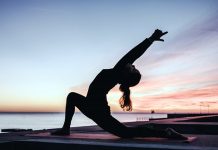 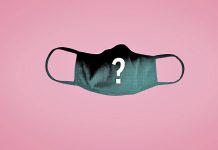